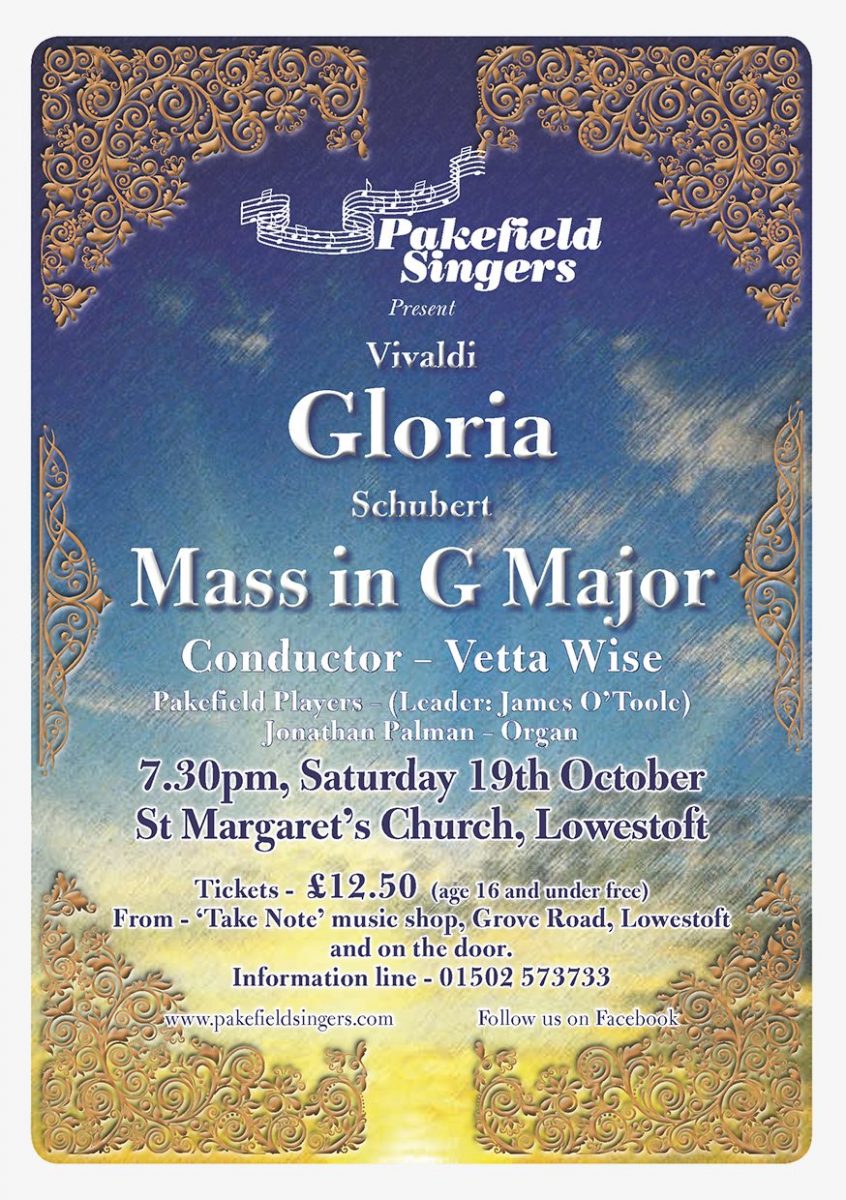 Pakefield Singers review: excellent solos from the sopranos and altos

It was an attractive programme which the Pakefield Singers, under their conductor, Vetta Wise, fielded for their Saturday concert at St. Margaret’s Church in Lowestoft.

Accompanied by only string quartet and organ, the two main works were Vivaldi’s Gloria RN589 and Schubert’s Mass in G Major.

Before the Gloria we heard Vivaldi’s short Concerto alla Rustica for strings, The Pakefield Players giving a stylish performance, with well-focused sound.

The opening of the Gloria had all the vitality one expects from this famous work, although one missed the trumpet and oboe obbligato. It was well paced throughout with excellent solos from the sopranos and altos.

Sensitive playing came from organist Jonathan Palman in the Pastorale fom the 1st Organ sonata by Alexandre Guilmant, before the Schubert Mass, a delightful early work by Schubert, and performed here with great distinction, the soloists from the choir tackling Schubert’s sometimes taxing music with great elan.

To end, the finale from Beethoven’s only oratorio, Mount of Olives, badly needing the orchestral accompaniment, but rousingly sung.

The Pakefield Singers choir was joined by singers from local and overseas choirs to give a one-off performance of Verdi’s Requiem in Great Yarmouth St Nicholas Minster in June 2013 to celebrate the 200th anniversary of Verdi’s birth. 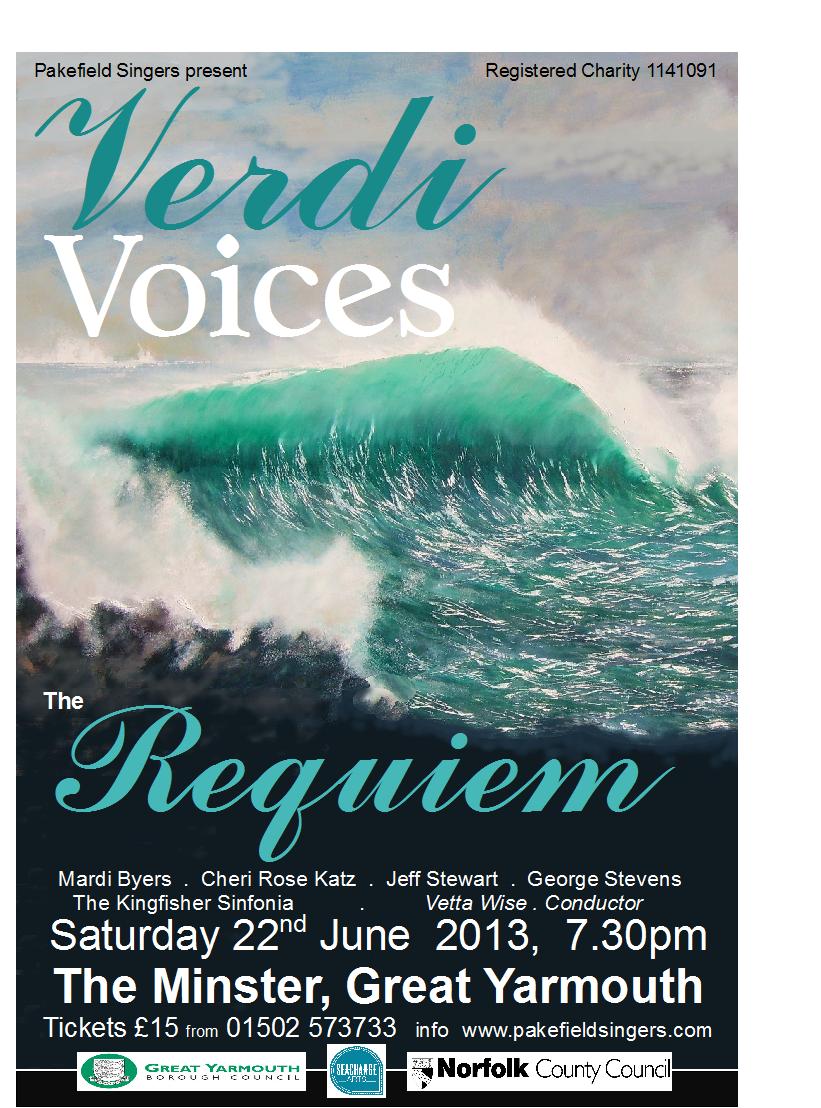 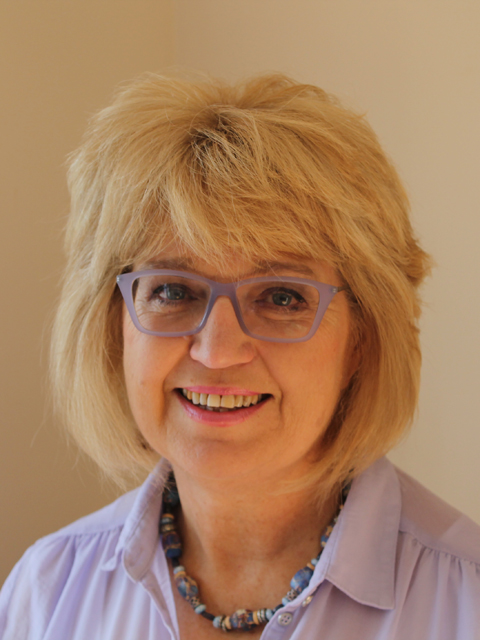 The Orchestra: The Kingfisher Sinfonia 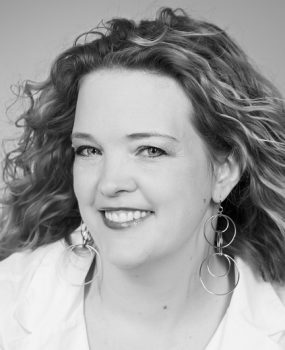 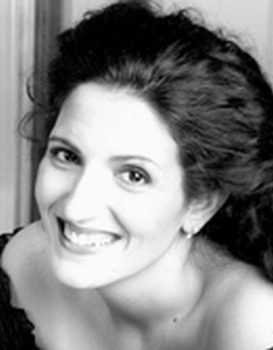 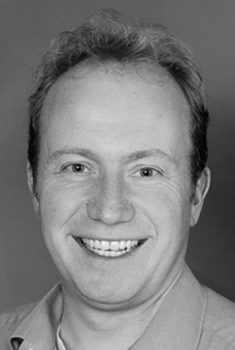 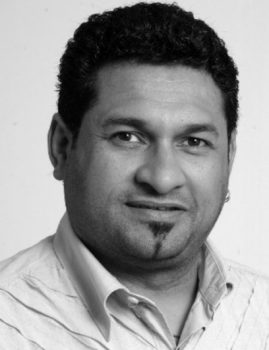 For more information on each soloist please visit their personal web pages by clicking on their portraits. 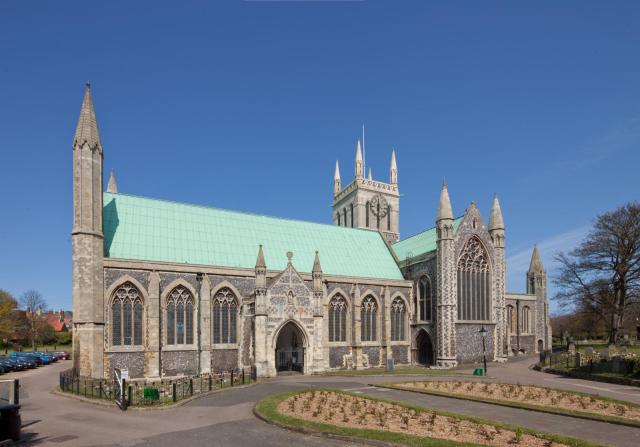 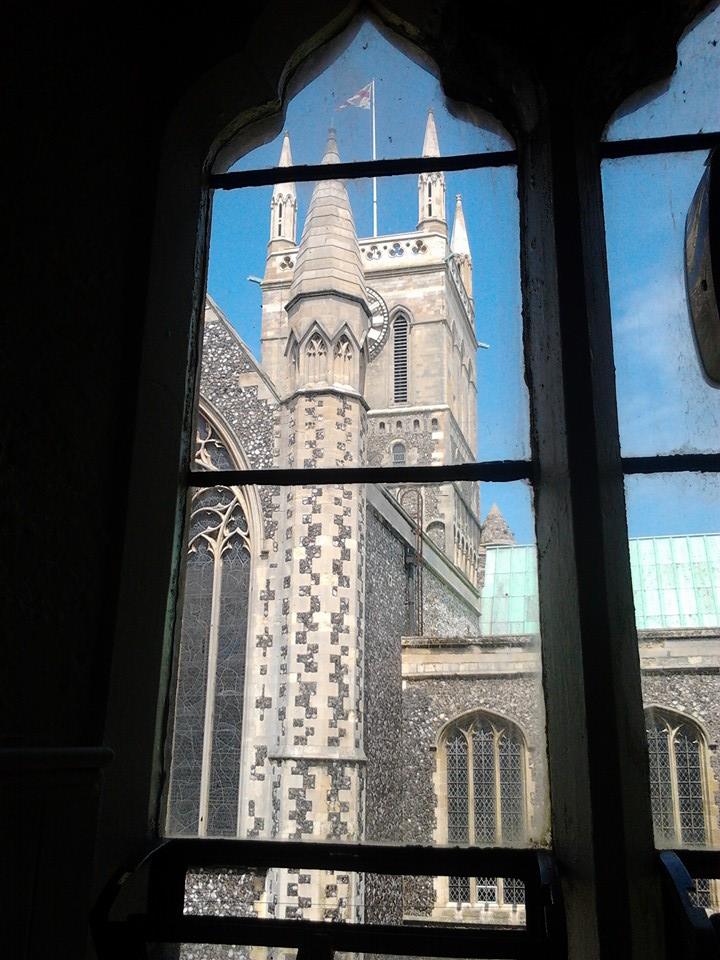 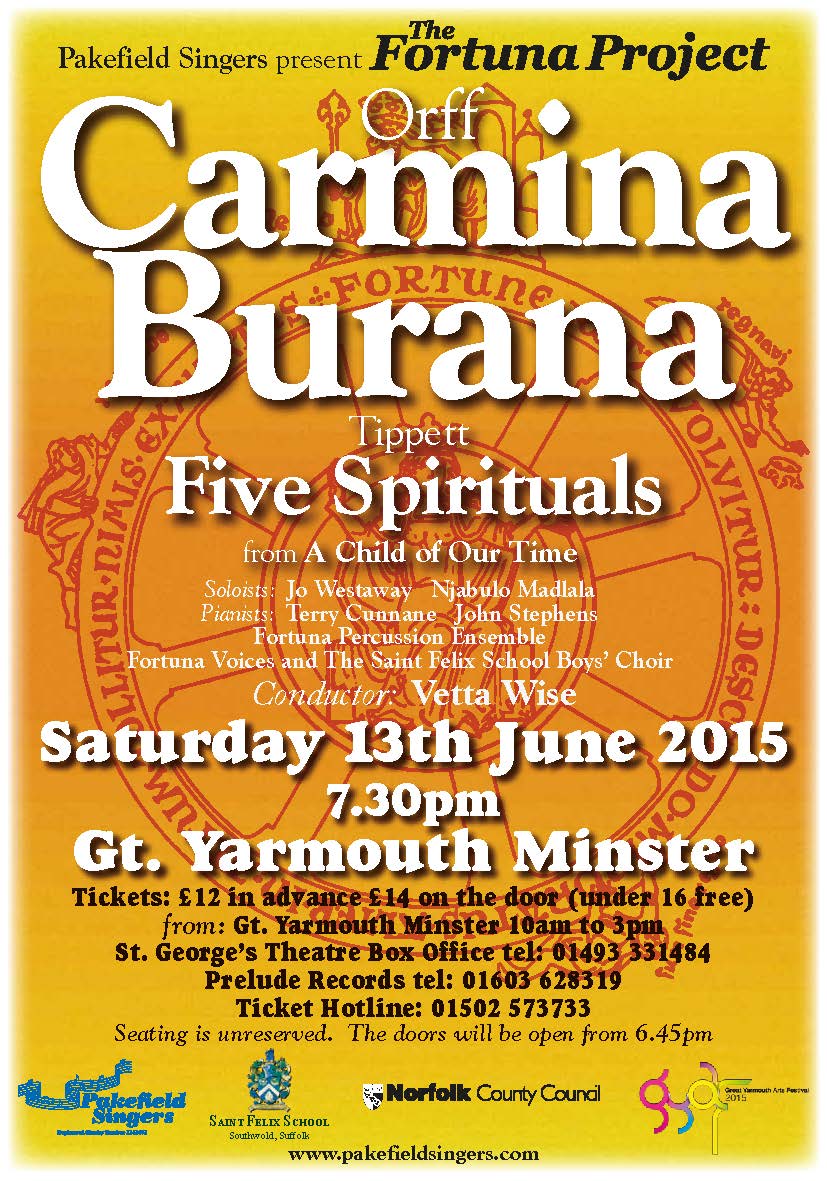 It’s all systems go pulling all the strands together for this concert on Saturday 13th June in Great Yarmouth Minster, as part of the town’s Arts Festival. This exciting, inclusive event aims to bring musicians together from far and wide to perform ‘Carmina Burana,’ one of the most popular and iconic works of recent times and the poignant ‘Five Negro Spirituals’ by Michael Tippett.

A boys’ choir from Saint Felix School, Southwold, local soloists, Jo Westaway, Jacob Slater, Shirley Smith and Benjamin Clark, will be joined by Njabulo Madlala, a multi-award-winning baritone who is much in demand. Singers representing over 22 different choirs, including some travelling from South Africa, Malta, Norway and across the U.K make up the massed chorus, Fortuna Voices, who were put through their final paces by conductor Vetta Wise at a workshop day on Saturday. Afterwards, Vetta said “this Music generates such energy and excitement for performers and audience alike and is guaranteed to give you ‘goosebumps’.

Grand pianos have been hired for local pianists John Stephens, organist at the Minster, and Terry Cunnane, Director of GY Choral, who will also play ‘Scaramouche’ by Milhaud, a piece for two pianos. Ian Chopping and his inimitable Percussion Ensemble from Norwich will add the fireworks and the Bang, Crash, Wallop, to make this not just any concert but an exhilarating Carmina Burana concert in the huge and magnificent space of St Nicholas Minster, Great Yarmouth. 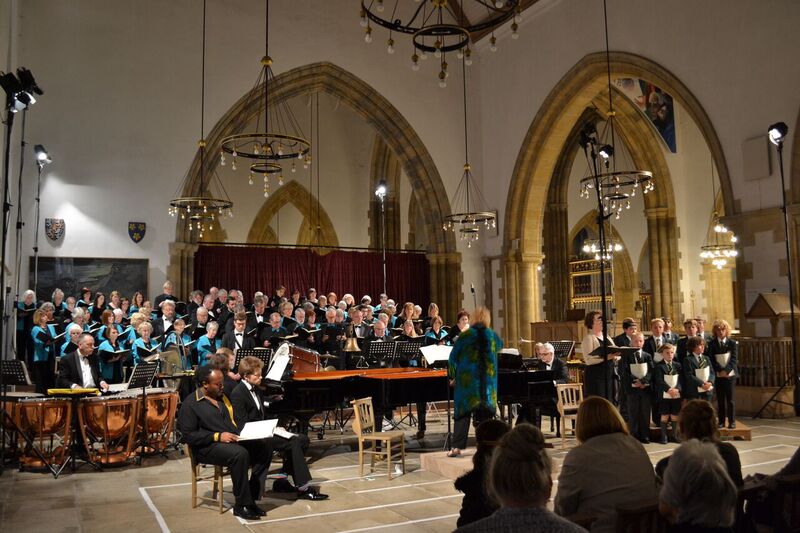 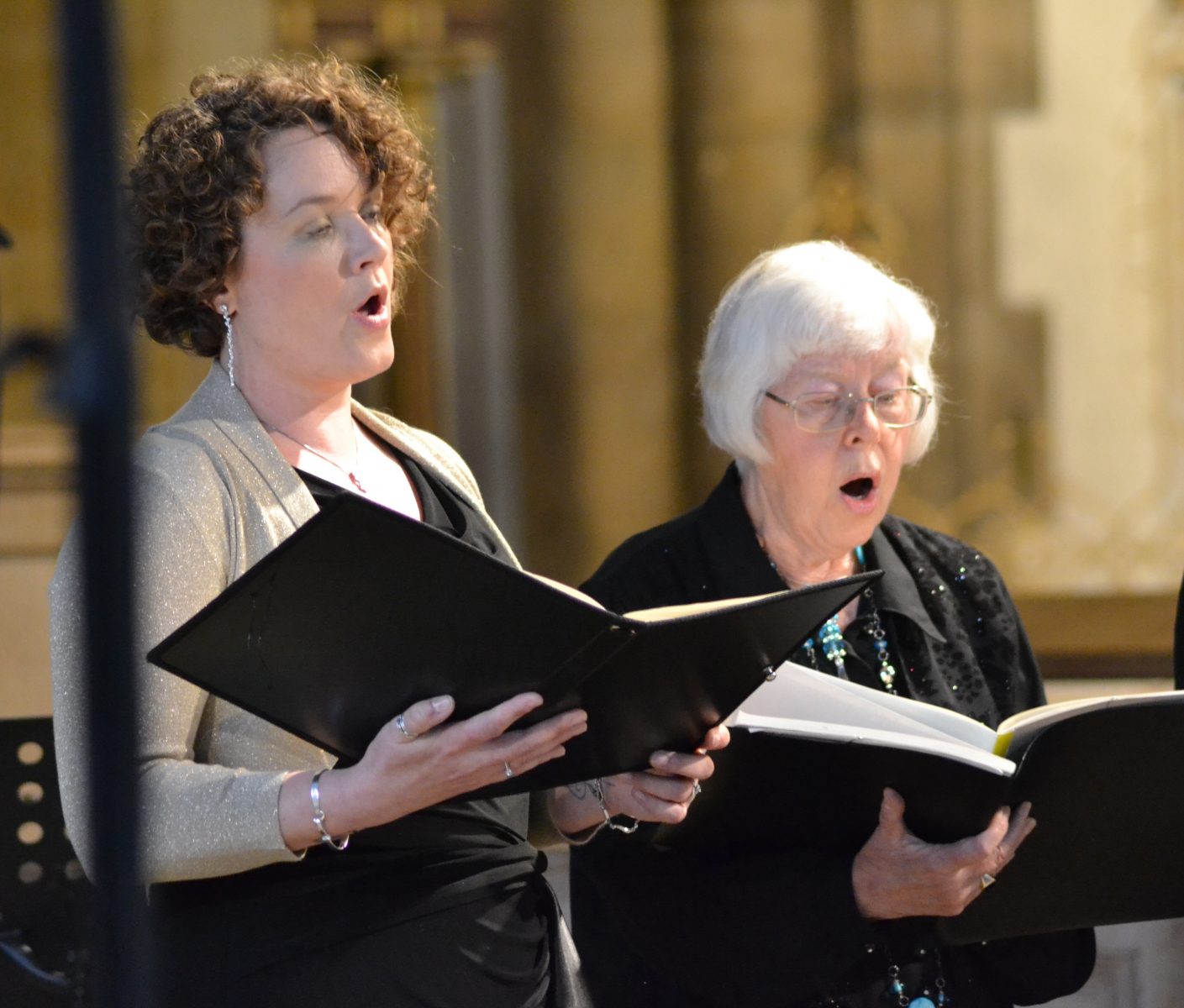 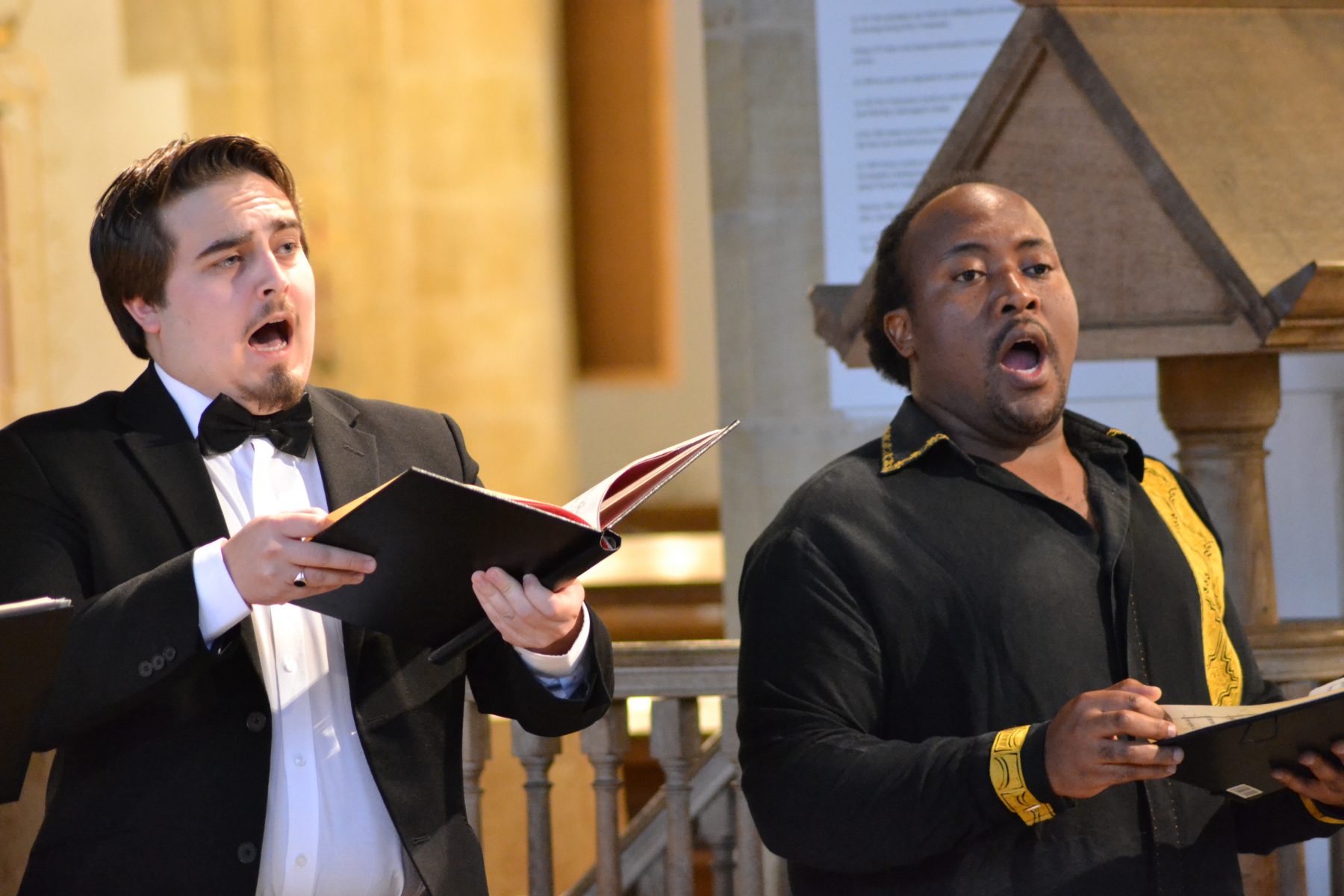 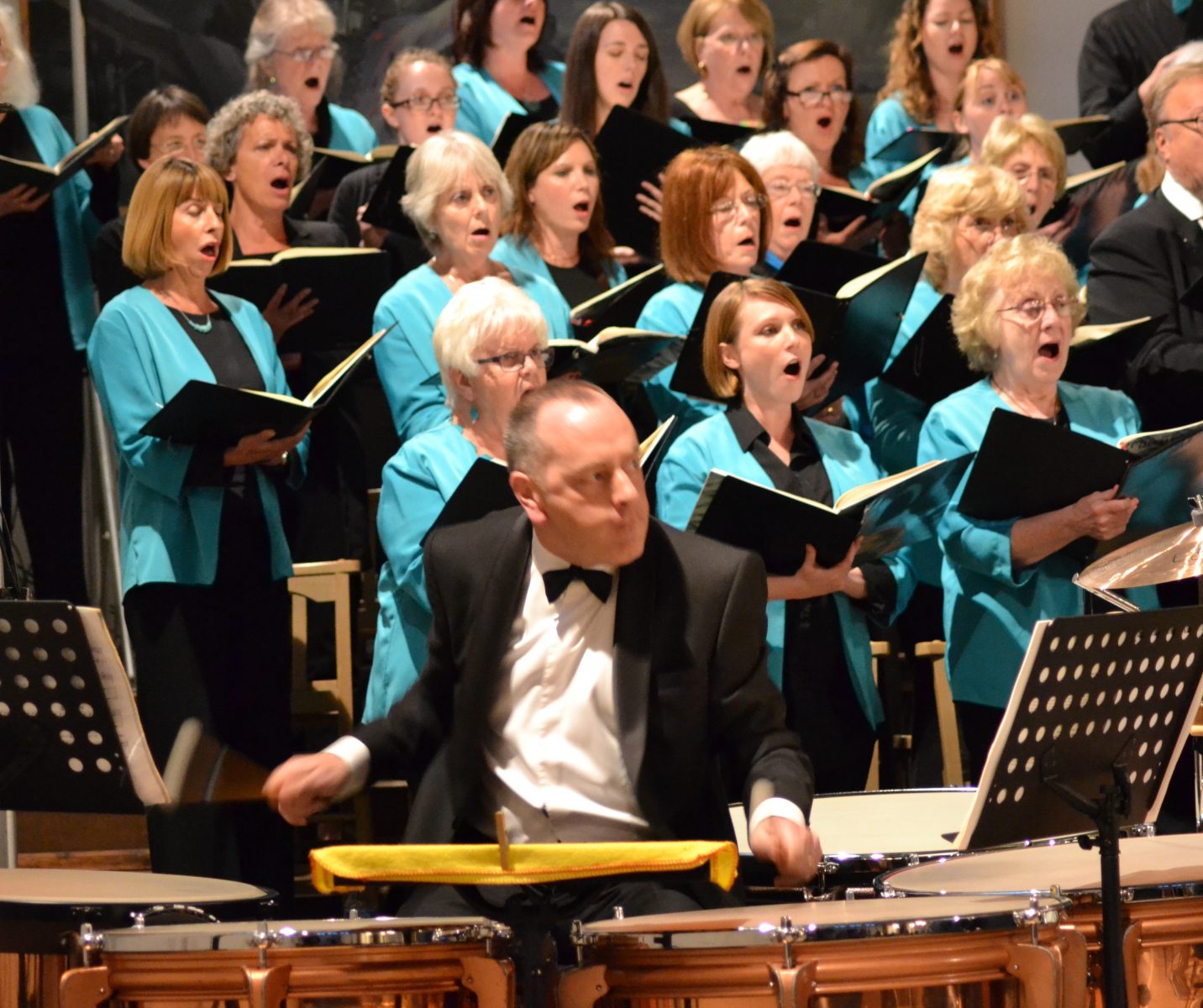 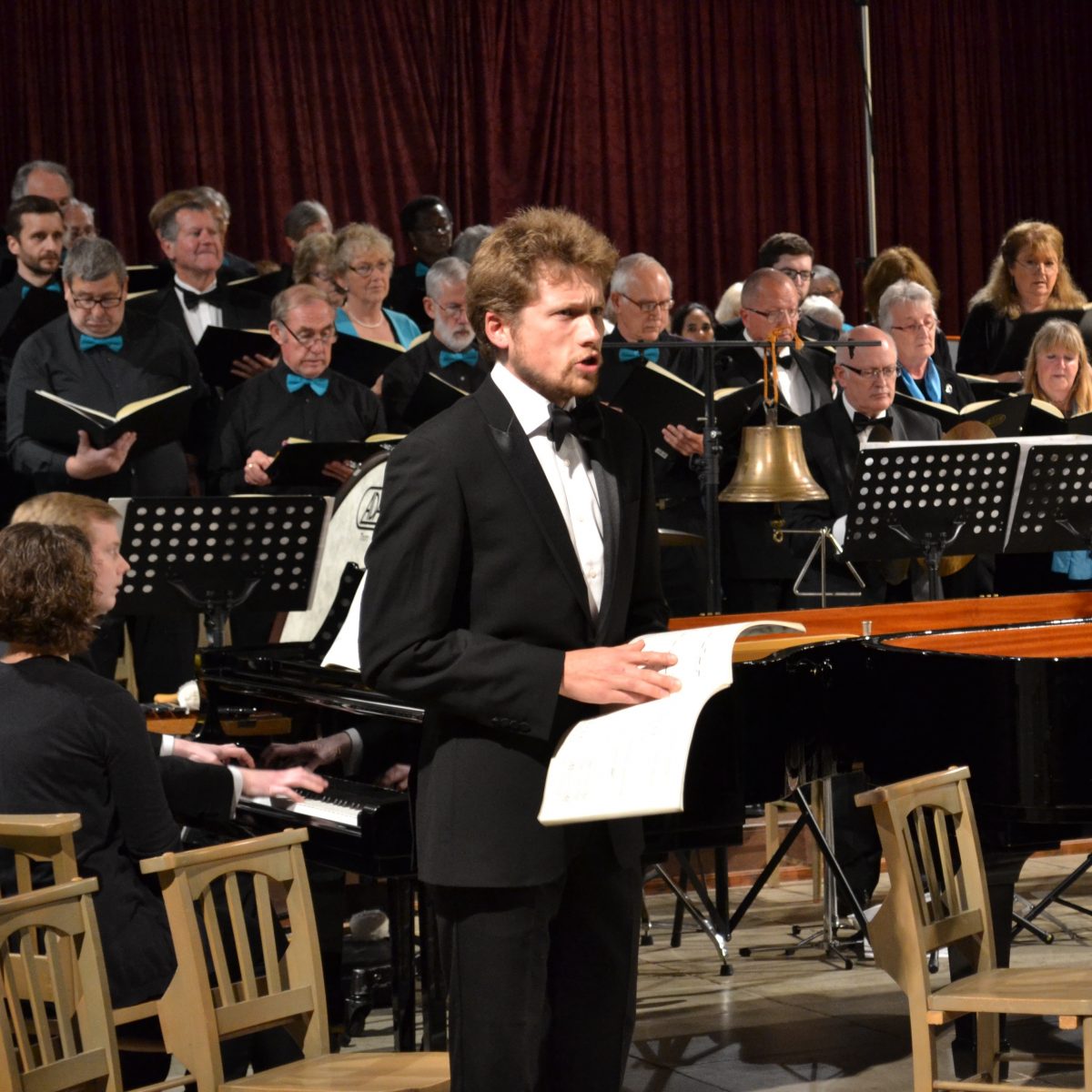 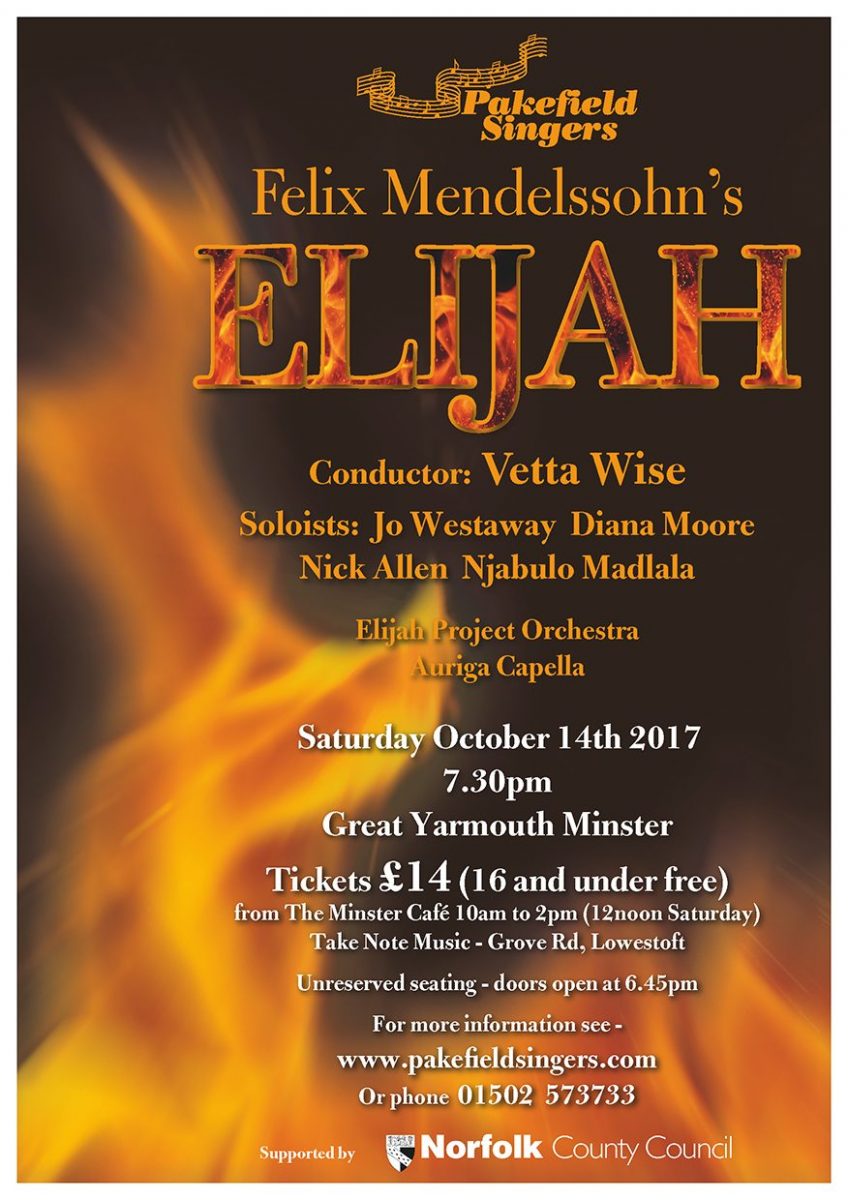 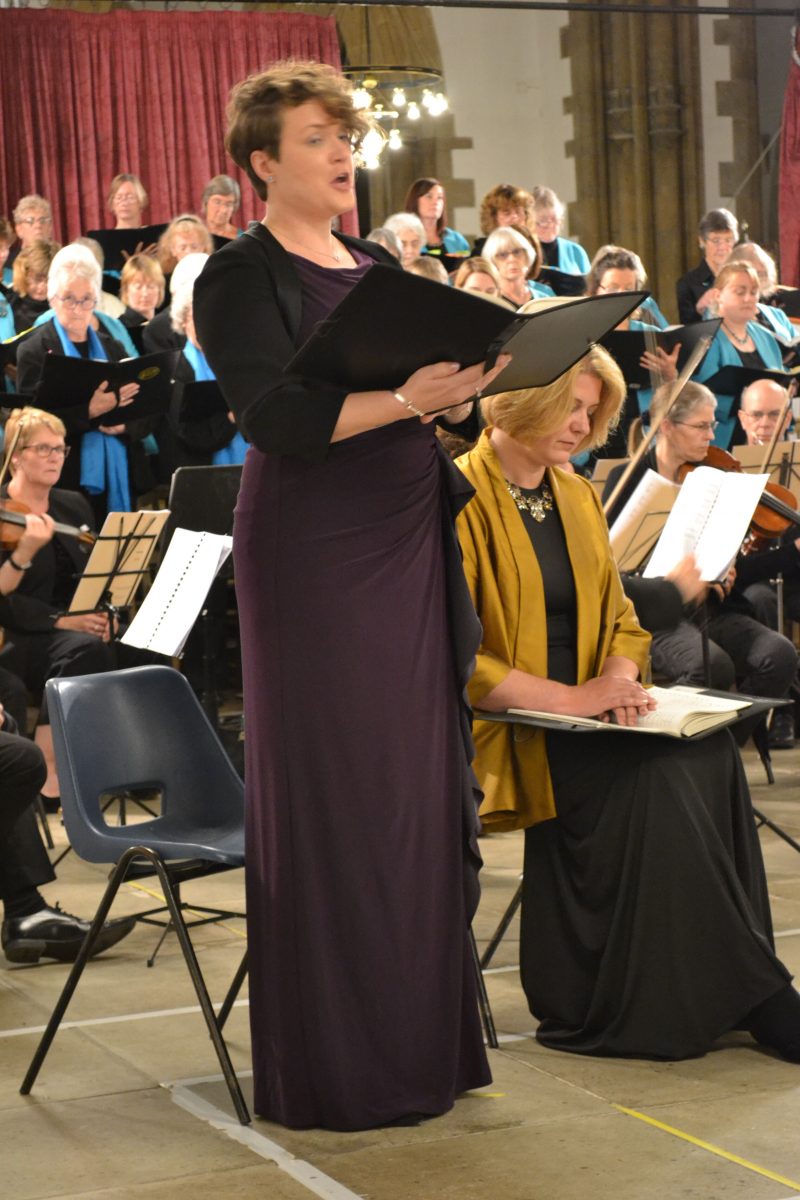 Internationally acclaimed soloists will be in Gt Yarmouth on October 14th for a performance of Mendelssohn’s great oratorio, ‘Elijah’. Lowestoft born Mezzo Soprano, Diana Moore, has performed with the most prestigious orchestras and ensembles around the world. She is much in demand on both sides of the Atlantic and will embark on a tour of America in November. Diana Moore is also well known locally, having sung with Norwich Baroque on several occasions, most recently presenting ‘Who’s Wearing the Trousers’ a programme based on Handel’s operatic roles.

South African Baritone, Njabulo Madlala, burst on the music scene in 2010 when he won the prestigious Kathleen Ferrier Prize. He has gone on to establish an international career and regularly performs at the Royal Opera House, Covent Garden. All the more remarkable as he grew up in a small township, just outside Durban, and was introduced to music by the Zulu songs that his grandmother sang to him. He came to London as a member of a choir and was encouraged to audition for the Guildhall School of Music, even though at that stage he couldn’t read music and had never sung an aria. In 2016 Njabulo performed Carmina Burana with Pakefield Singers and the choir is delighted to welcome him once again.

Nick Allen began making a name for himself whilst still at school in Lowestoft, singing with local music groups, including Pakefield Singers. Since graduating from the Guildhall School of Music and Drama he has rapidly forged a busy professional career and is much in demand particularly as a soloist in opera and oratorio. He has recently performed with Pakefield Singers in St Edmund’s Church Southwold, singing operatic arias.

Up and coming Welsh soprano, Jo Westaway completes the line-up. Jo is a founder member of the all-female ensemble Seraphim and performs regularly with Pakefield Singers, making her concert debut in Carmina Burana in 2015.

The concert, in the magnificent setting of Great Yarmouth Minster, will be accompanied by the Elijah Project Orchestra, hand-picked by the leader, Jim O’Toole. The chorus is an amalgamation of Pakefield Singers and local singers joining for this one-off project. As conductor Vetta Wise says ‘with such an illustrious line up this concert promises to be a memorable one. Mendelssohn’s music is a joy to sing and I’m looking forward to October when it will all come together in the Minster’ 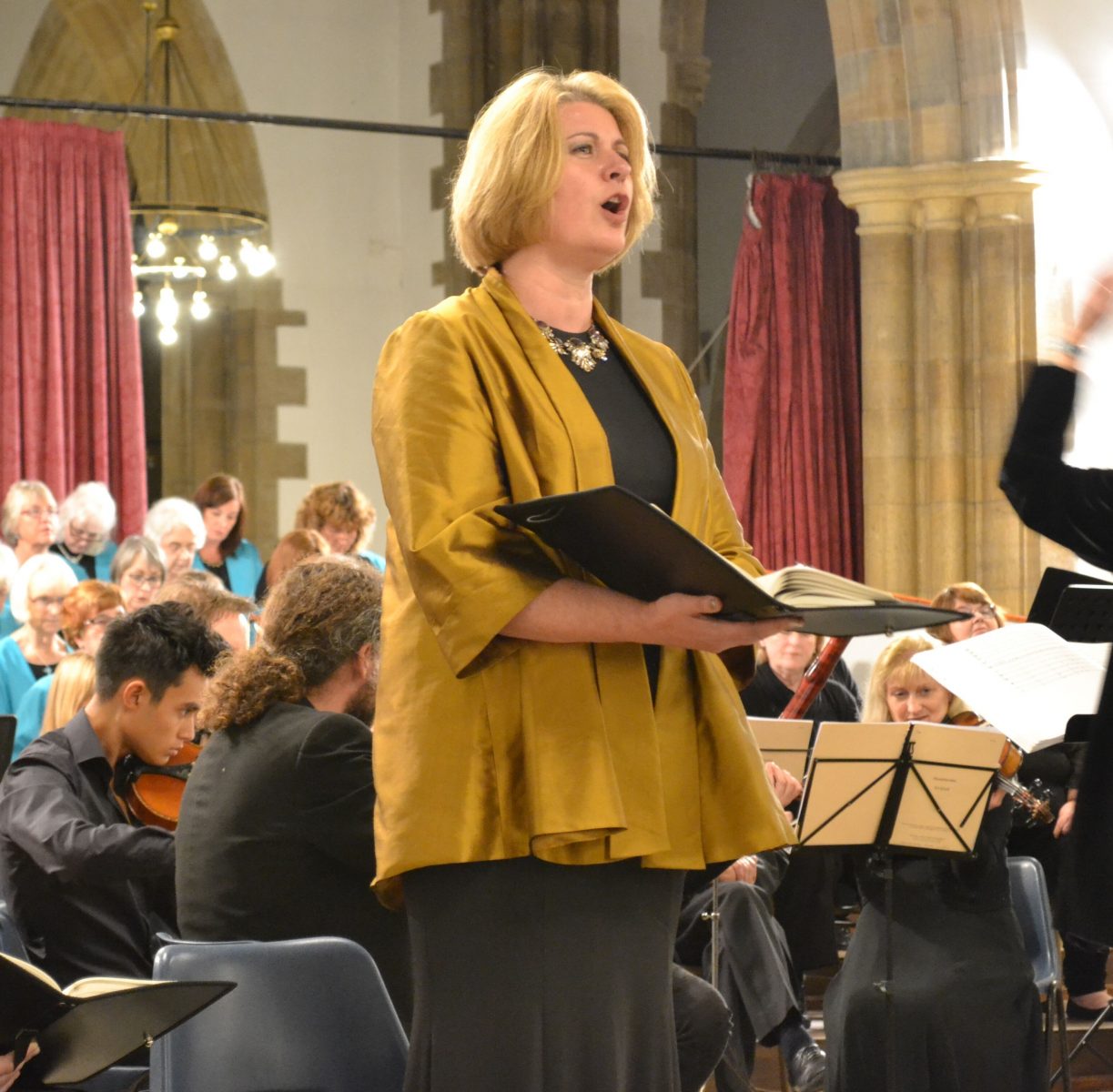 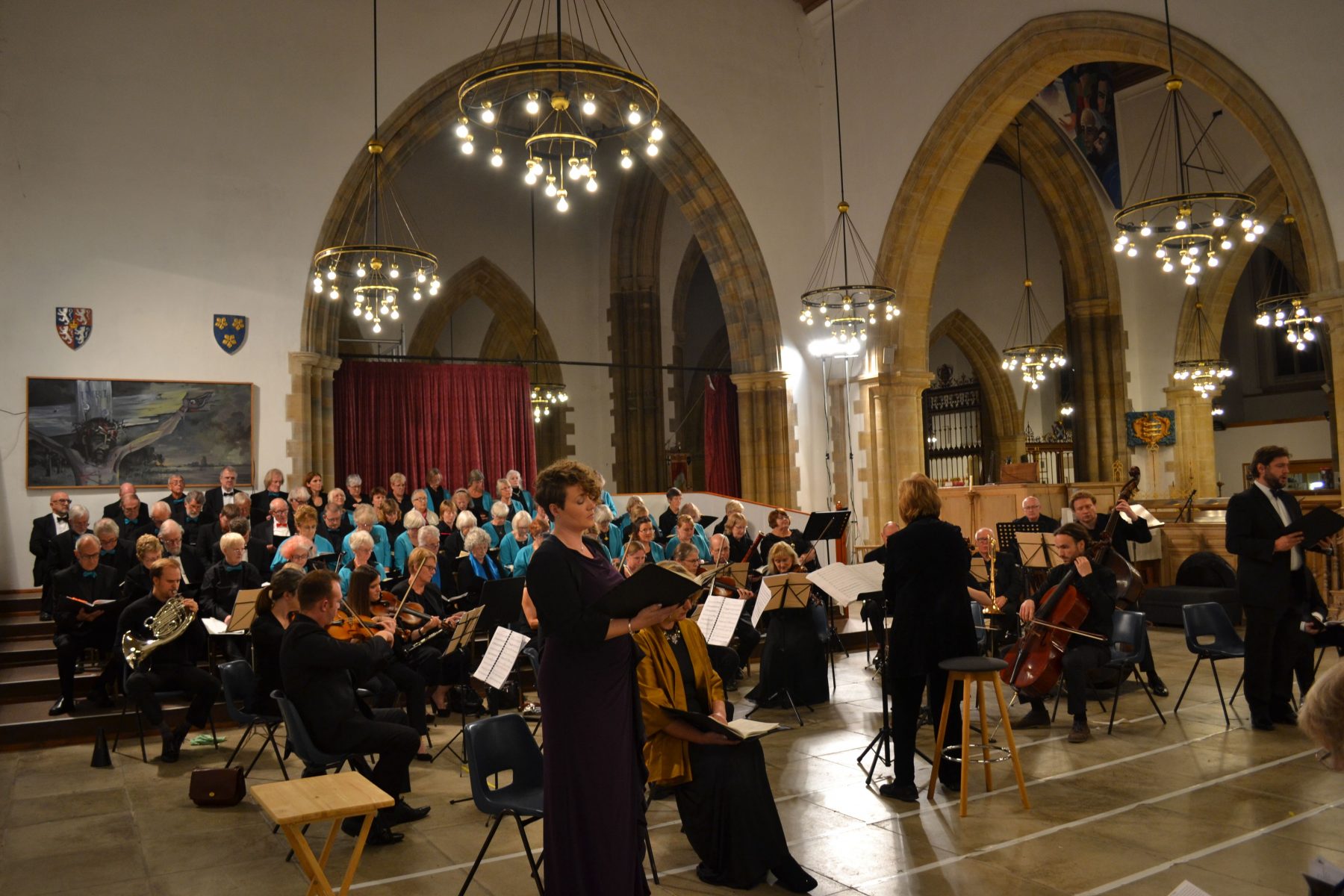 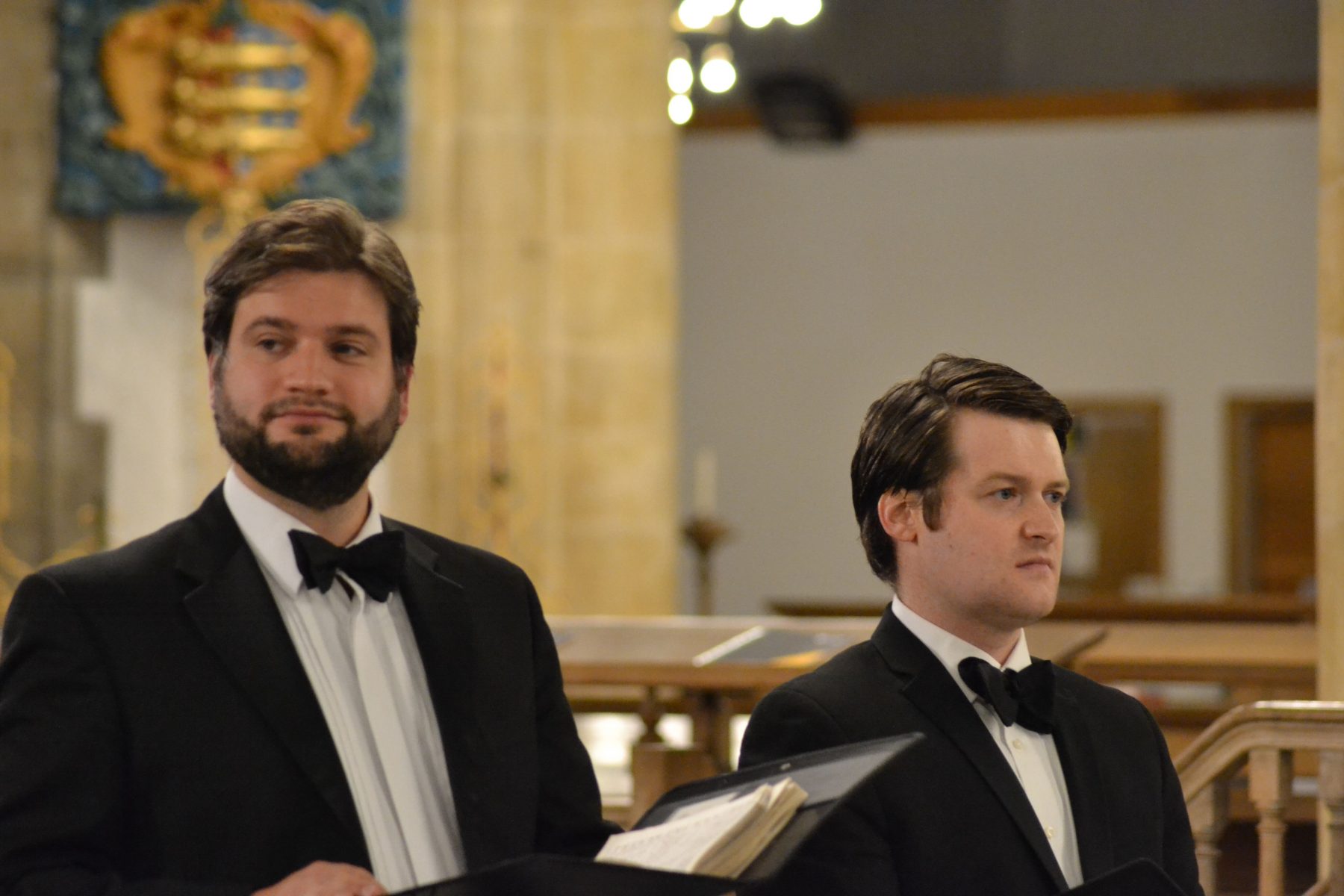 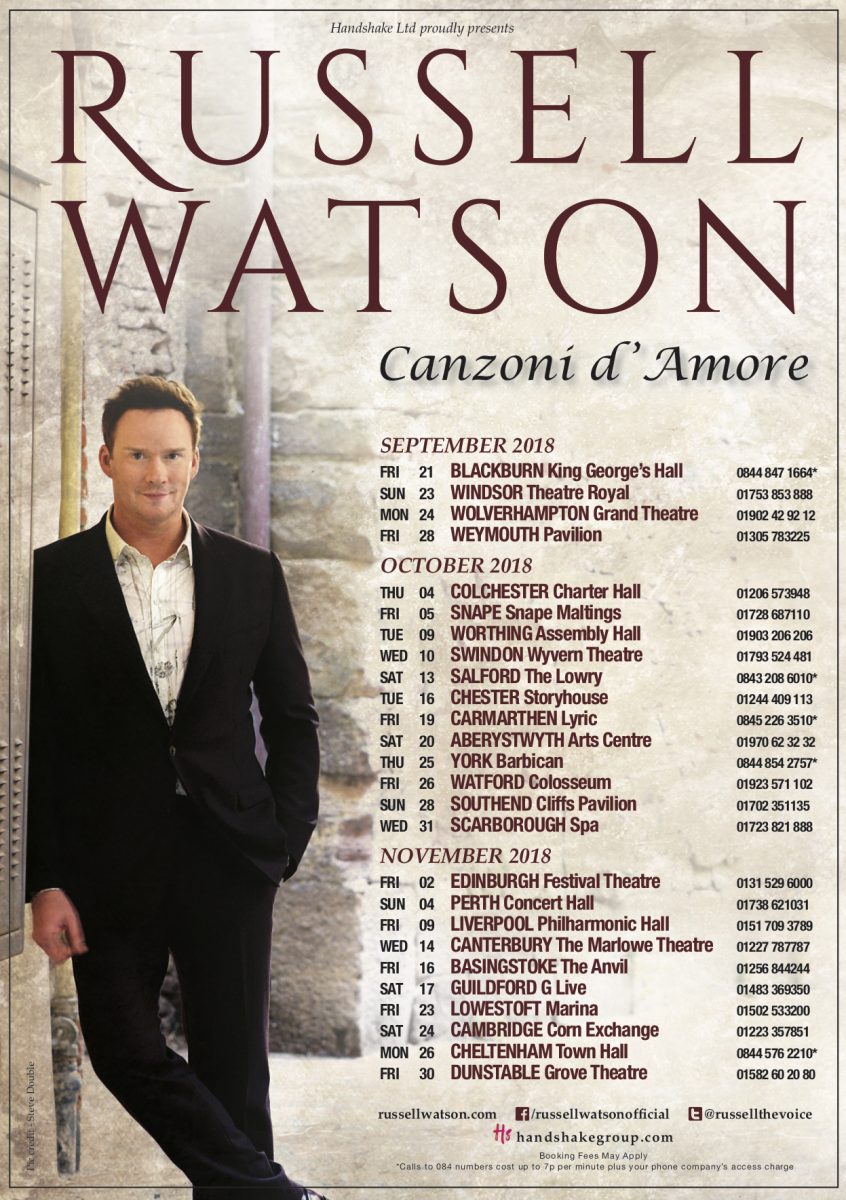 On behalf of Russell, Mike, Shaun, myself and indeed the entire team, I would like to take this opportunity to thank you and the choir for your contribution to the two shows with Russell. We fully understand how much preparation goes into a performance like this and we really appreciate all your efforts both before and during the shows. The choir themselves delivered two polished performances, and we hope everyone enjoyed the experience of performing with Russell as much as we enjoyed having you. Could you kindly pass on our sincere thanks to all concerned. 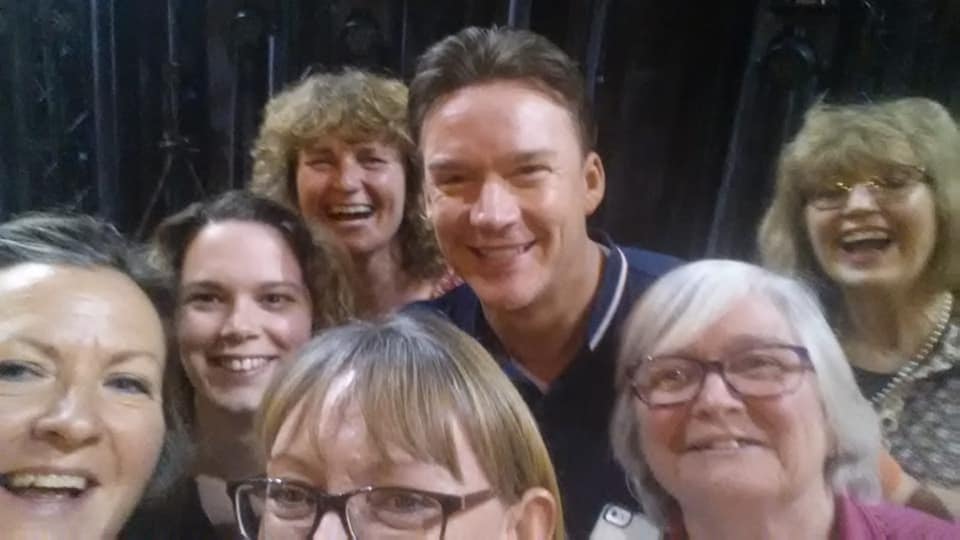 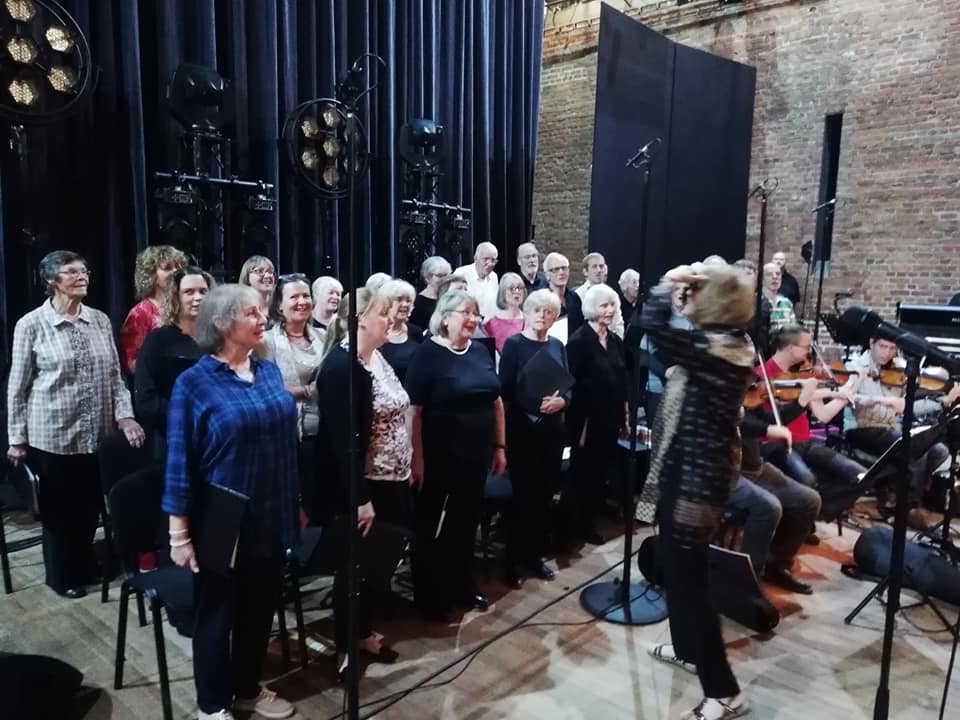 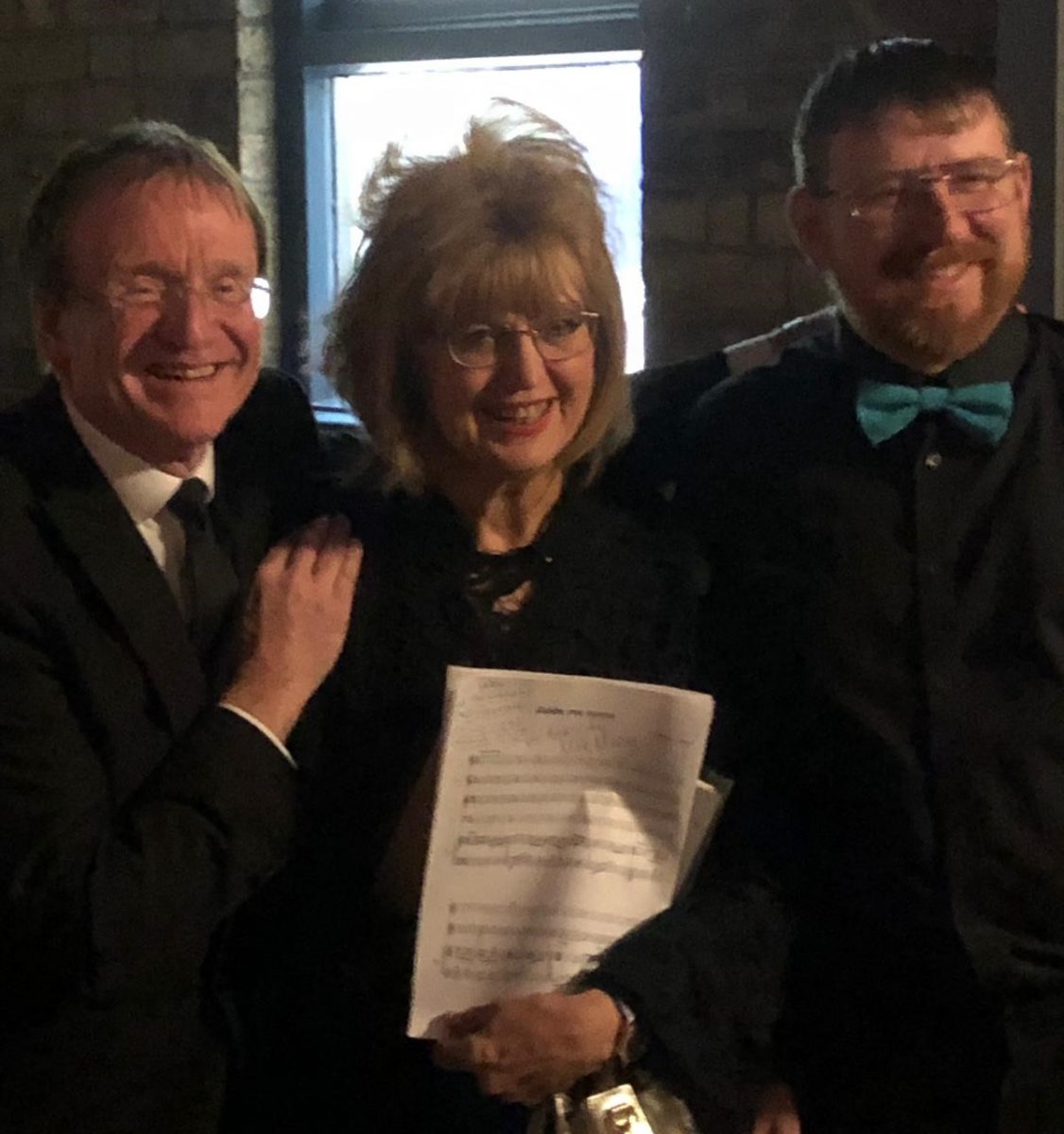 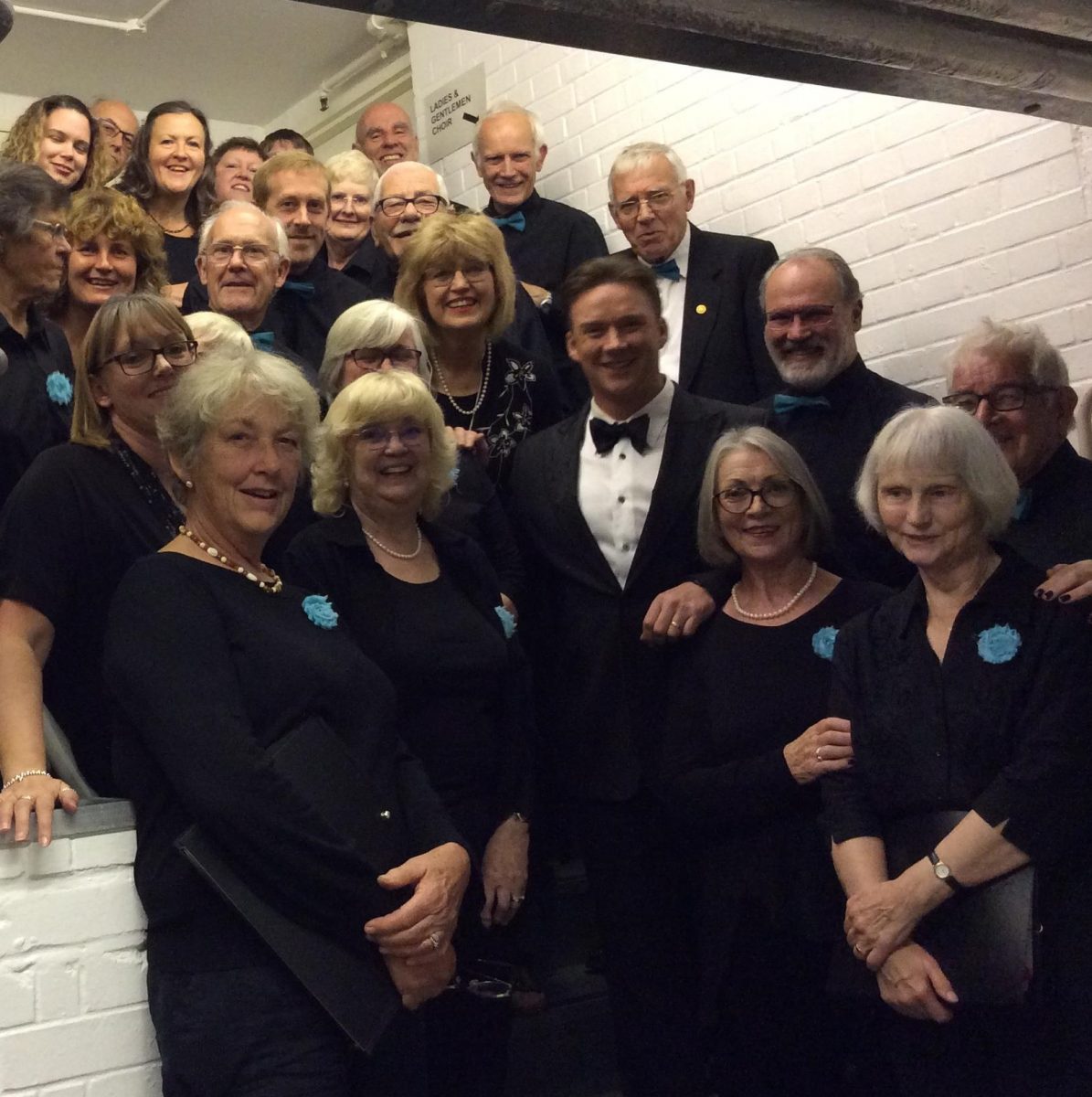 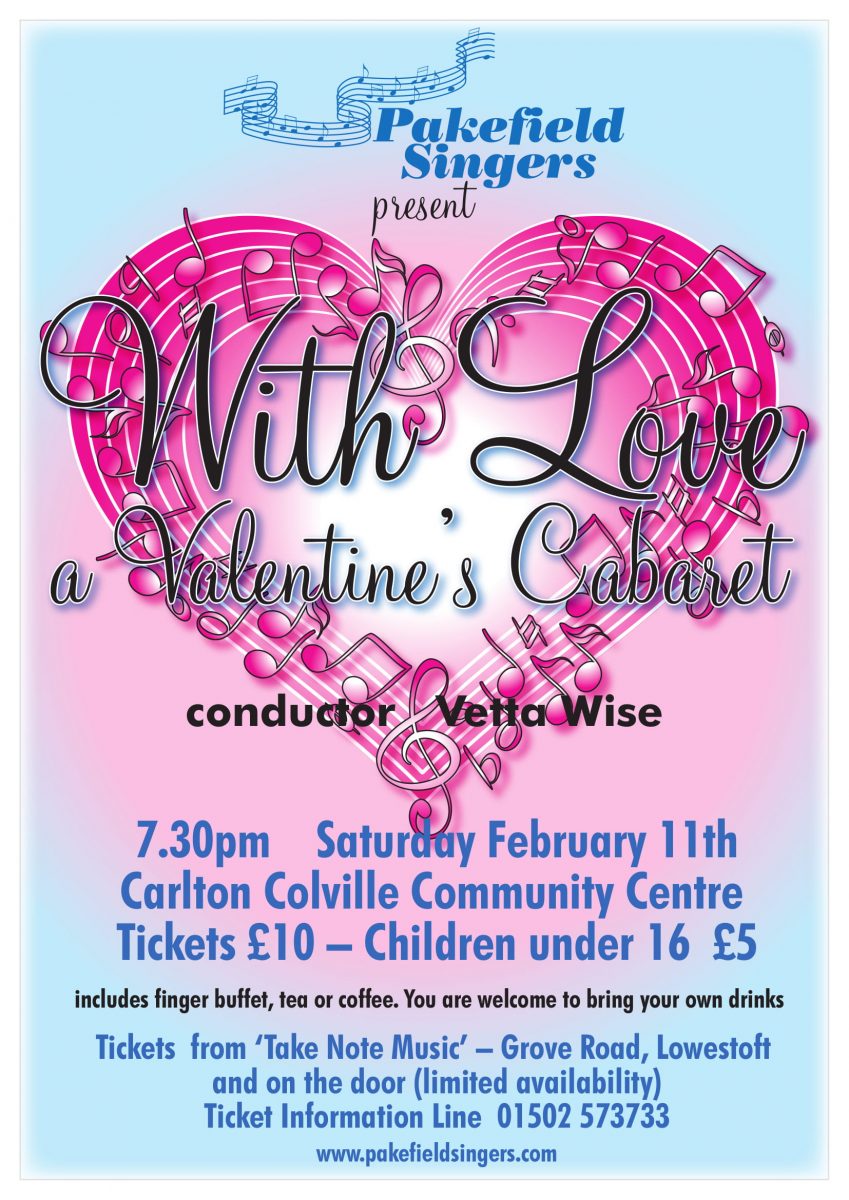 Come to the Cabaret!
Pakefield Singers will be presenting another of their popular Cabaret Nights, ‘With Love’, at 7.30pm on Saturday, February 11th, at Carlton Colville Community Centre. On this occasion the theme is ‘Valentines’ and the programme for ‘With Love’ will include well known songs, old and new, serious and light hearted, on the theme of love. The choir will sing favourites such as ‘Danny Boy’, ‘Some Enchanted Evening’ and ‘Blue Moon’ and soloists will add songs from the shows, musicals and light opera. It will be an informal evening and the choir will be conducted by Vetta Wise, well known in the area as an inspirational choral director and Terry Cunnane will accompany on the piano.
A finger buffet is included in the ticket price 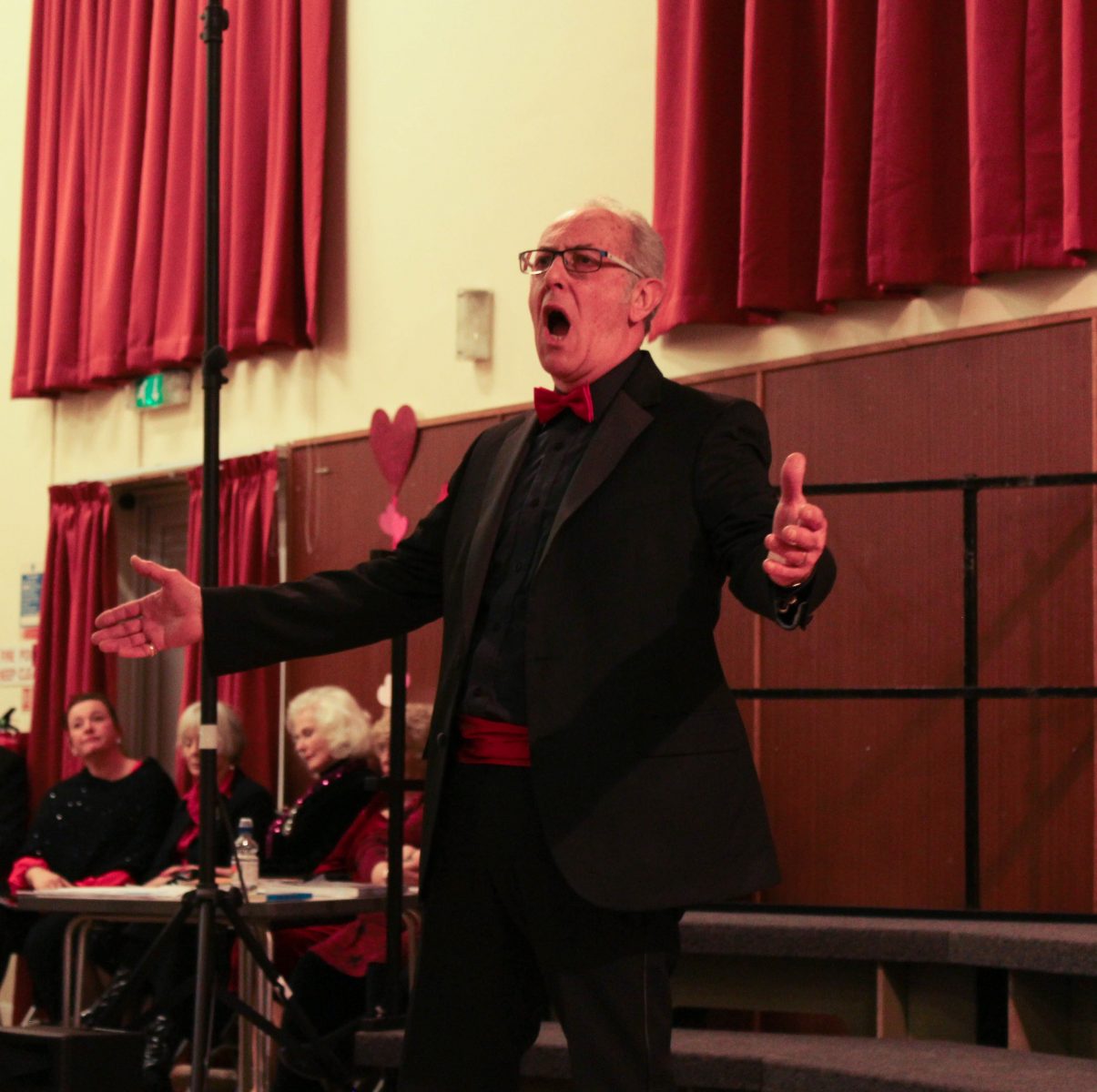 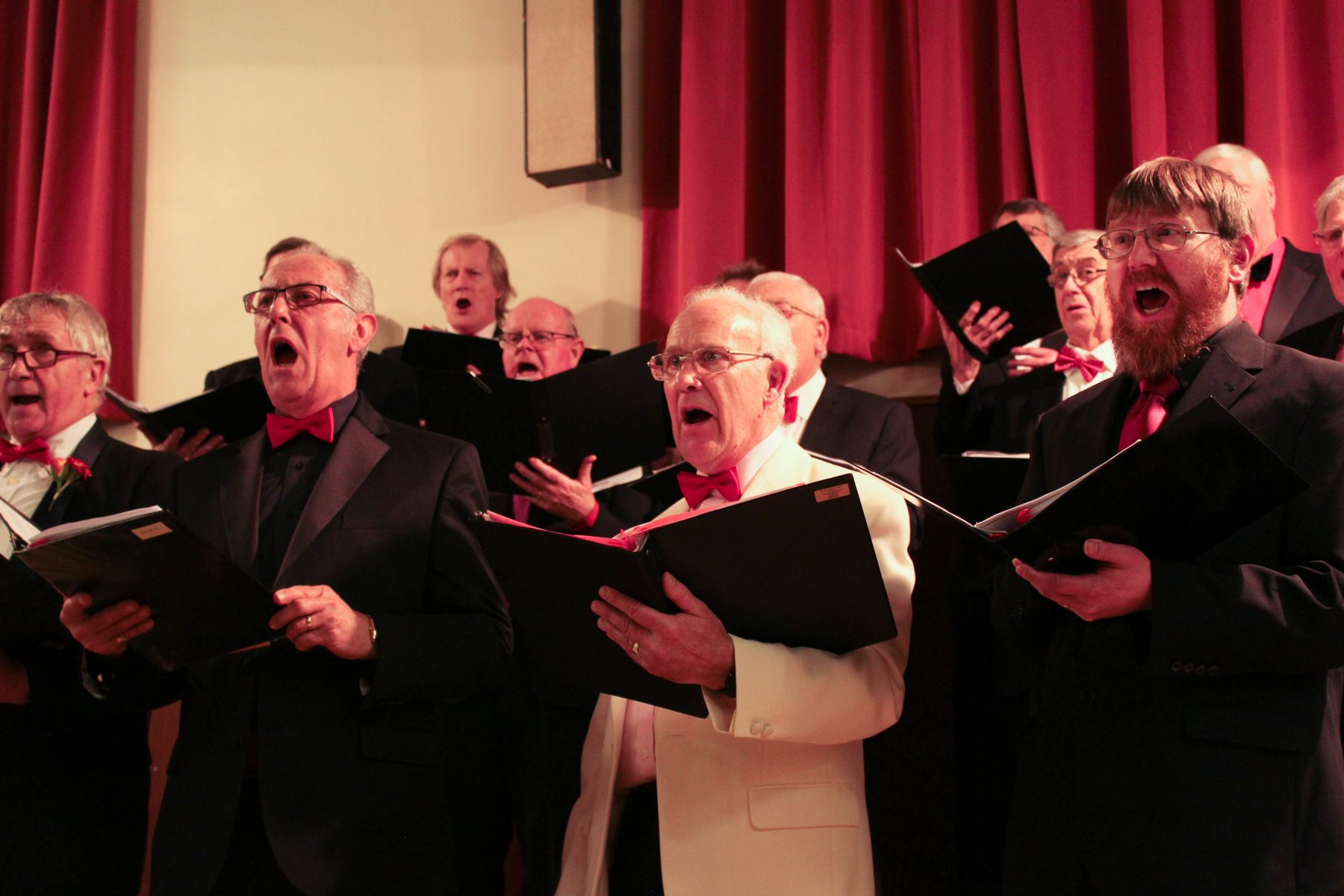 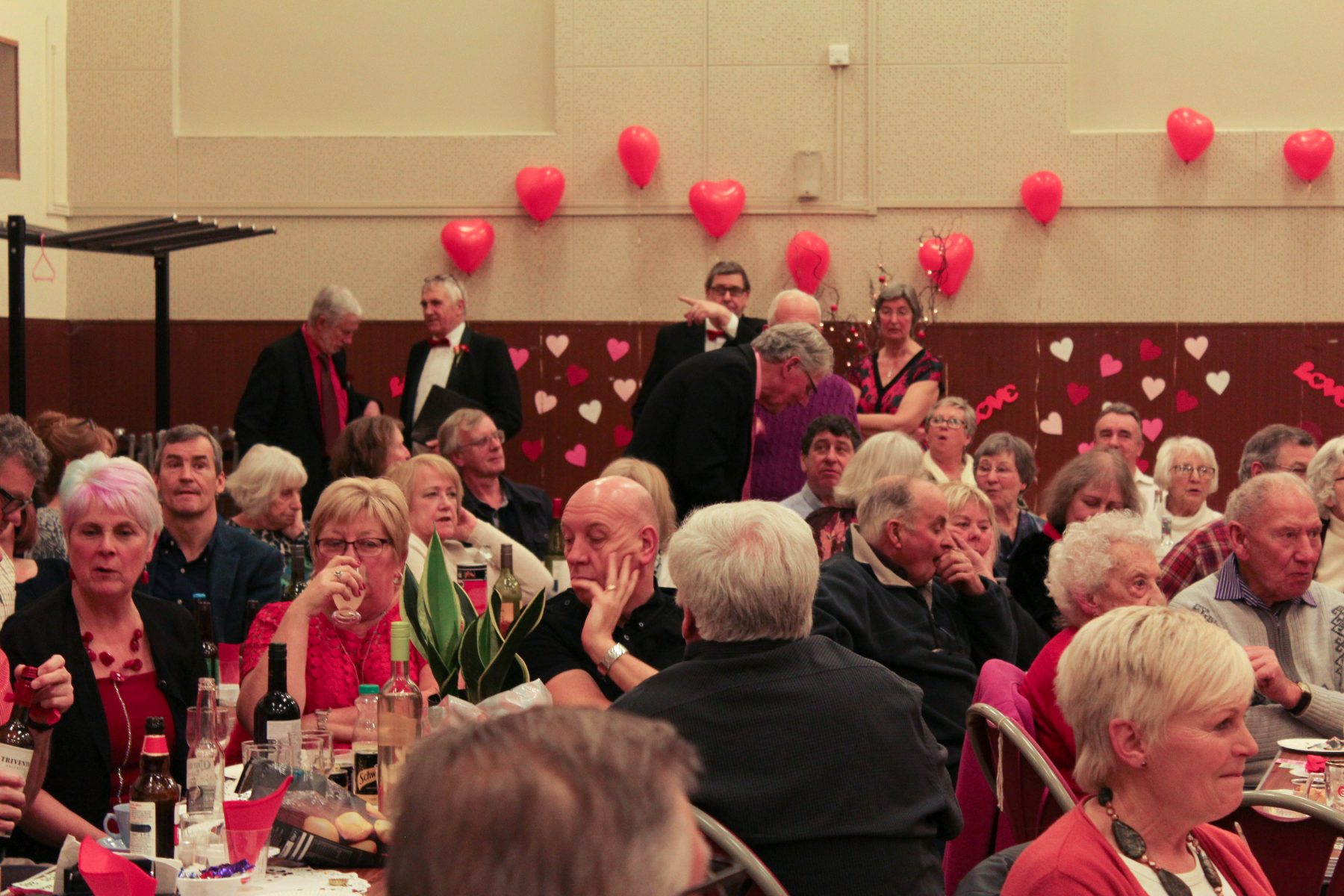