Pakefield Singers – Together in Harmony 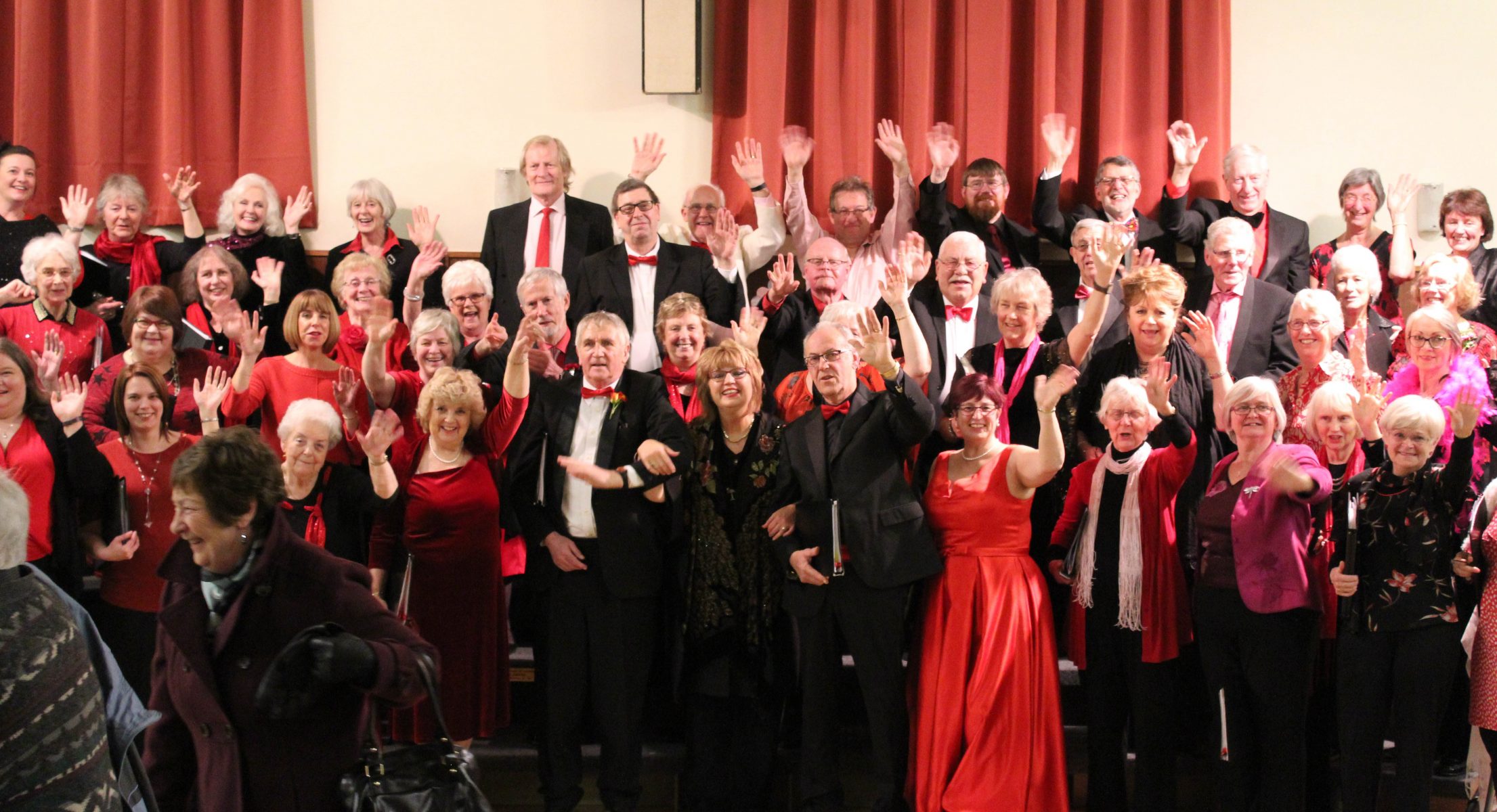 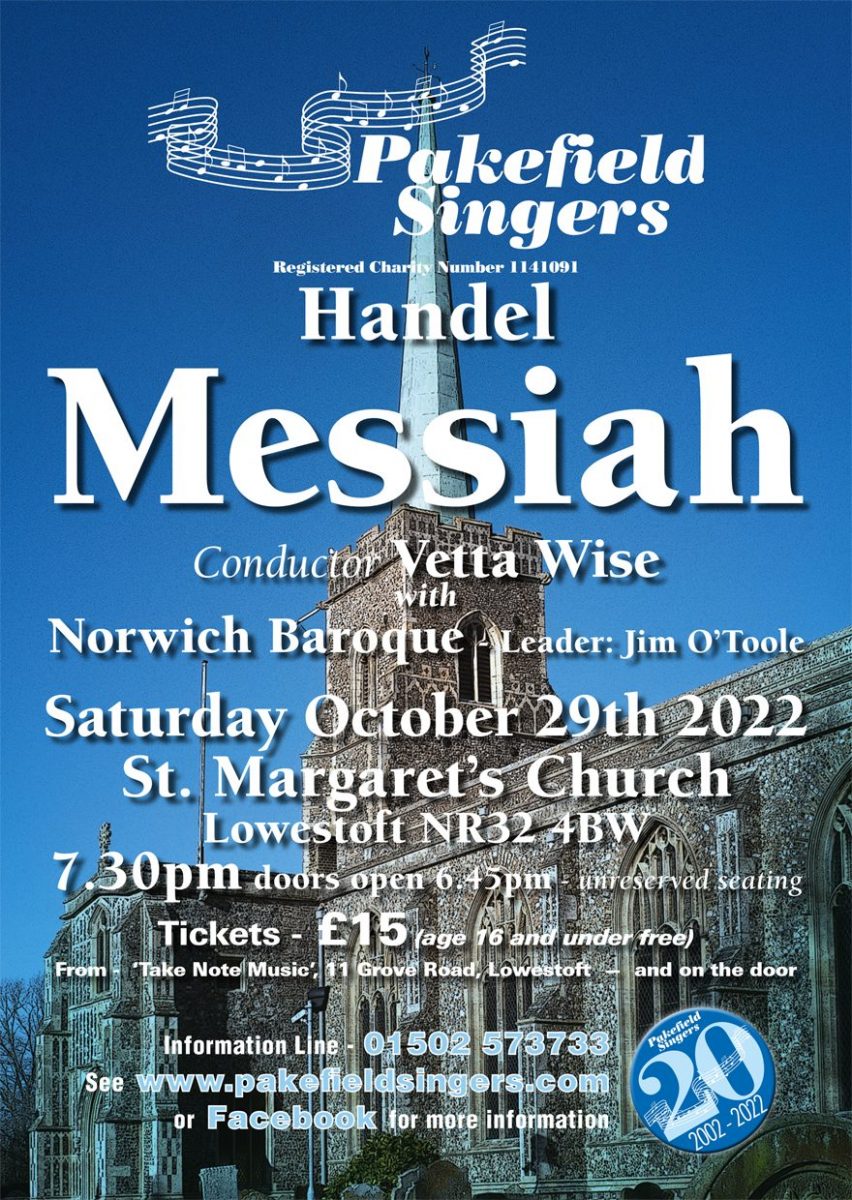 To celebrate the 20th Anniversary of Pakefield Singers we are delighted to be performing Handel’s Messiah at 7.30pm, Saturday 29th October in St Margaret’s Church, Lowestoft with players from Norwich Baroque, leader Jim O’Toole, and soloists from Trinity Laban Conservatoire. The performance will be conducted by Vetta Wise, founder and Director of Music for Pakefield Singers.

Handel composed his masterpiece in just 24 days in 1742, and Messiah includes some of his most sublime arias and uplifting choruses. It is a much loved and well-known work; indeed, the Hallelujah chorus must be the most recognised piece in English music, and this is sure to be a popular concert.

We hope you can join us and help us celebrate 20 years of music making in the area.

Tickets are £15 (free for age 16 and under) from – ‘Take Note’ Music Shop, Grove Road, Lowestoft, and on the door. Seating is unreserved and doors open 6.45pm

Here’s a report of the the latest in a series of our very successful Come and Sing days.

Watch for the next one in February when you are invited to Come and Sing Songs from Musicals. 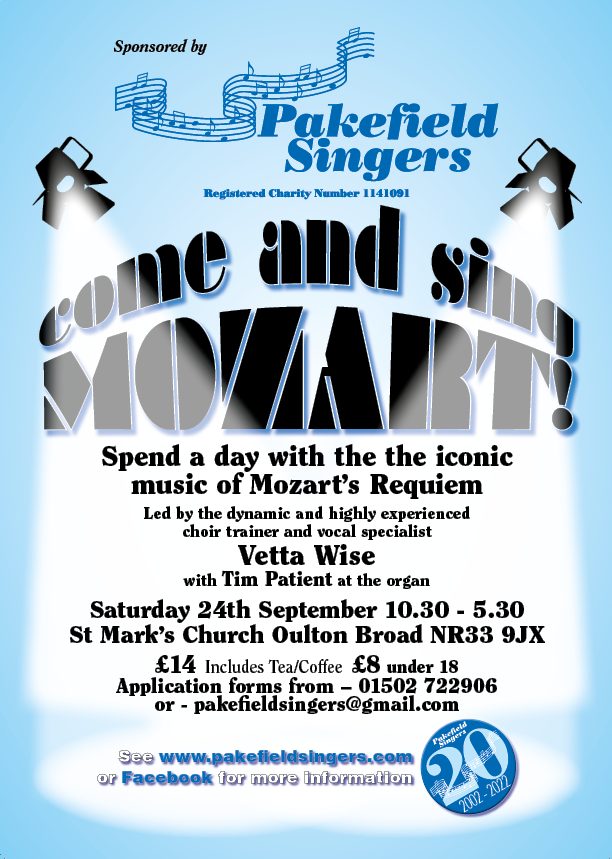 REVIEW OF OUR SELL OUT AUTUMN CONCERT

The typically seasonal weather seemed to set the scene on the evening of November 13, as we headed out to Pakefield Singers’ concert in the delightfully brightly lit and welcoming St Mary’s Church, Halesworth.The weather didn’t dampen the spirits of the large audience however – turning out in their hundreds to support this popular local choir. Standing-room only and the complete sell out of tickets was a good indication of the reputation that Vetta Wise and Pakefield Singers have in the area.

The programme started with Mozart’s Laudate Dominum sung by Katalin Prentice. Having not heard this extremely talented soprano before, her pure tones soaring to the lofty heights of the church presented a perfect hors d’oeuvres for the mighty Requiem which was to follow and was thoroughly deserving of the enthusiastic applause following her performance.

From then on, you could have heard a pin drop. Tackling a work of such magnitude as the Requiem is no mean feat for any amateur choir. However, from the opening bars of the Requiem aeternam, through the exquisite Lacrimosa (never fails to draw a tear), to the final chords of the Communio, what struck most was the mastery in the blend of the voices. Beautiful lines emerged in the fugal entries like silk, pianissimos hung magically suspended in the lofty heights of the church, contrasting with, and anticipating those dramatic climatic moments, punctuated by Latin diction you could cut with a knife.

The choir, soloists Katalin Prentice, Shirley Smith, Krenulla Curzon, Evan Ruth and Christopher Upton, accompanied by the sympathetic and highly skilled organist Tim Patient, presented a performance of a calibre that would not be out of place on the professional stage.

This, all under the baton of Choral Director Vetta Wise – whose professional reputation and pedigree (local and international) is widely recognised – and whom we are lucky to have as a member of our local community. 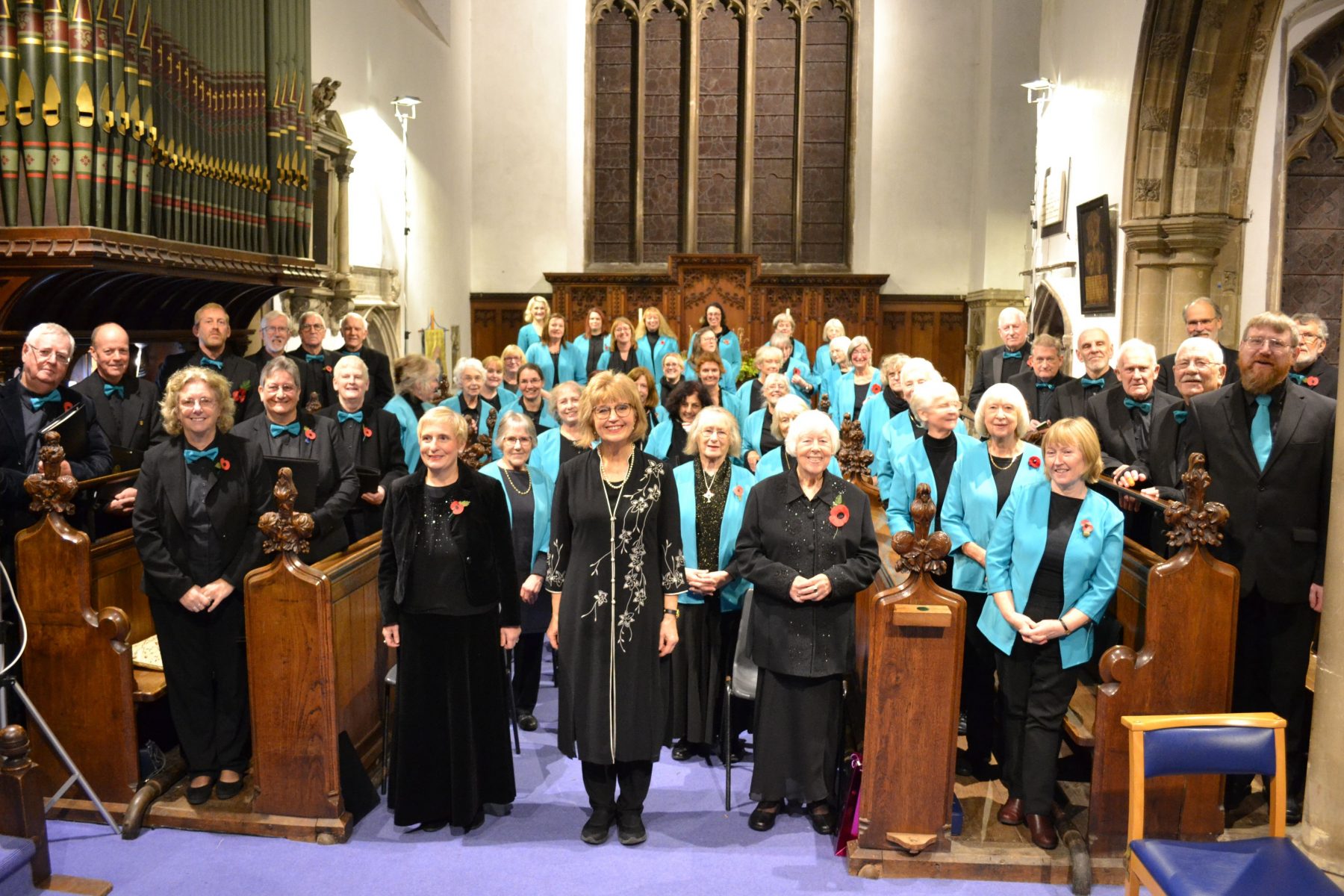 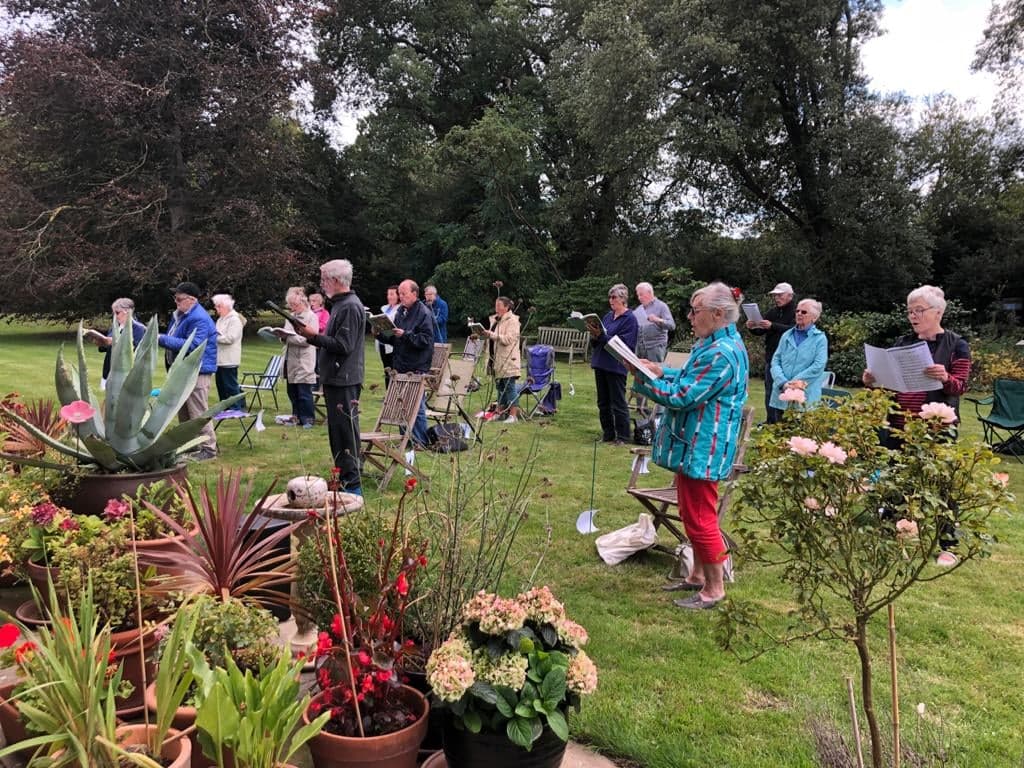 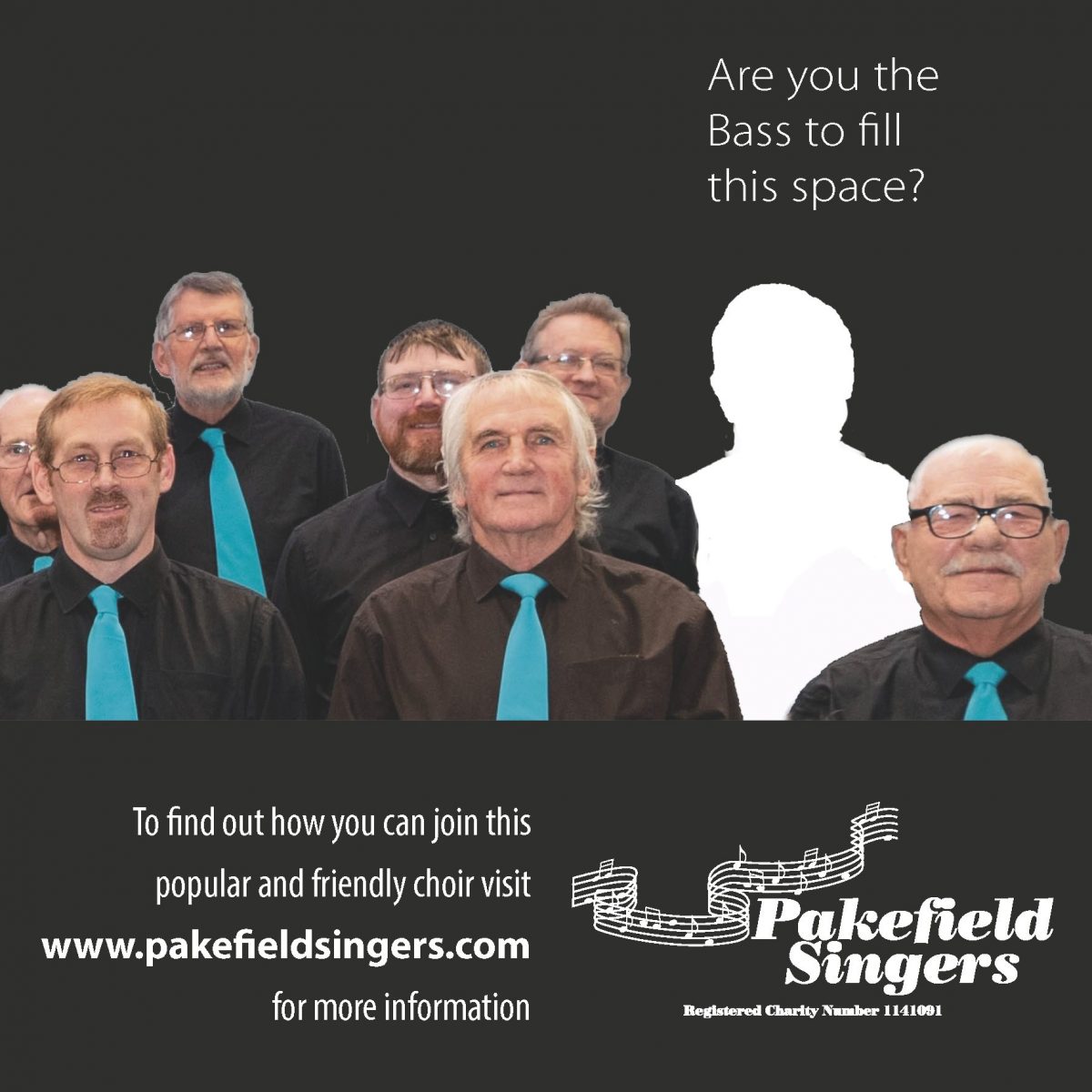 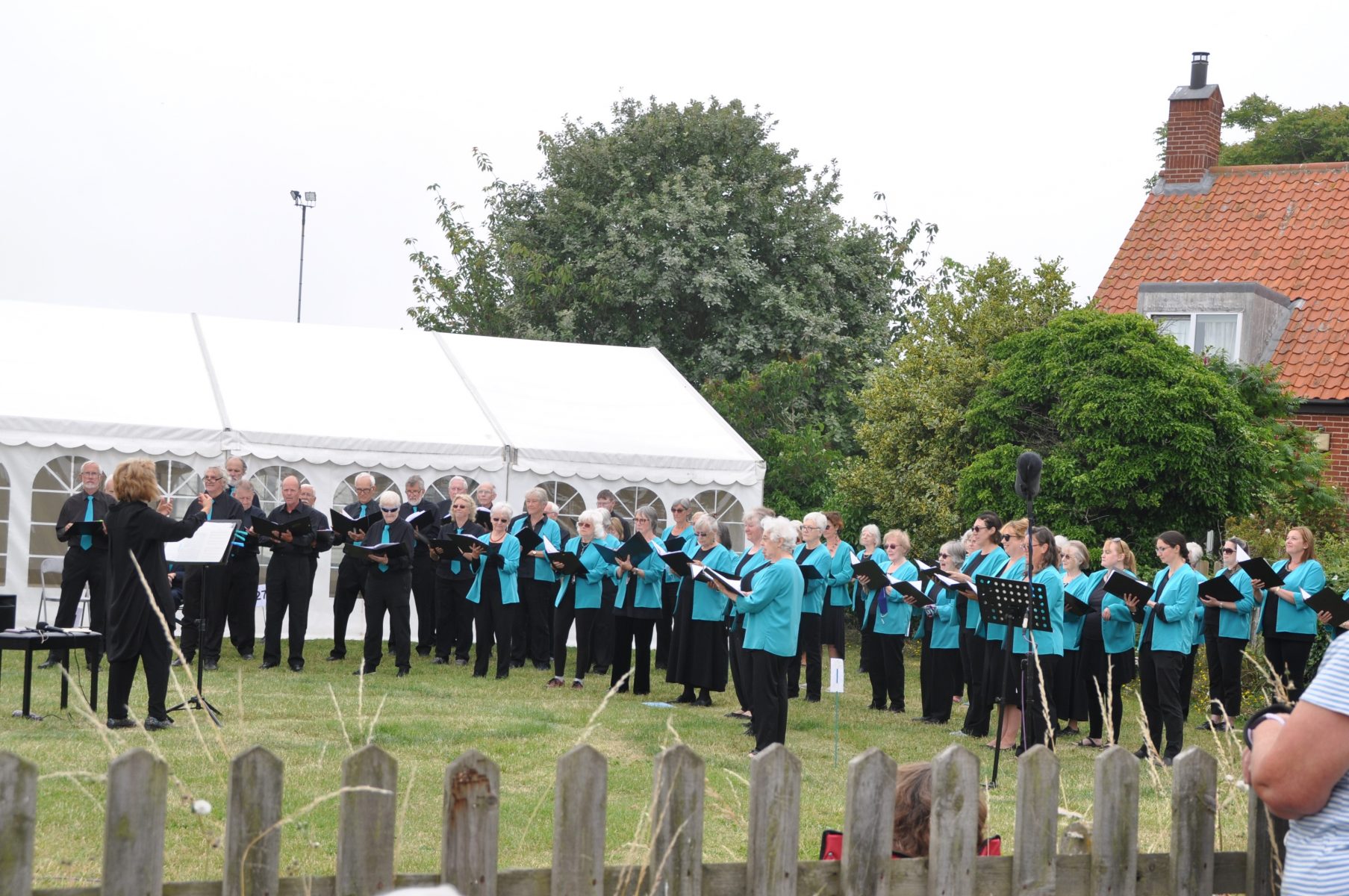 Pakefield Singers is an amateur choir based in Pakefield near Lowestoft, Suffolk. We are a unique choir with an extensive and varied repertoire and performance history, spanning all types of music 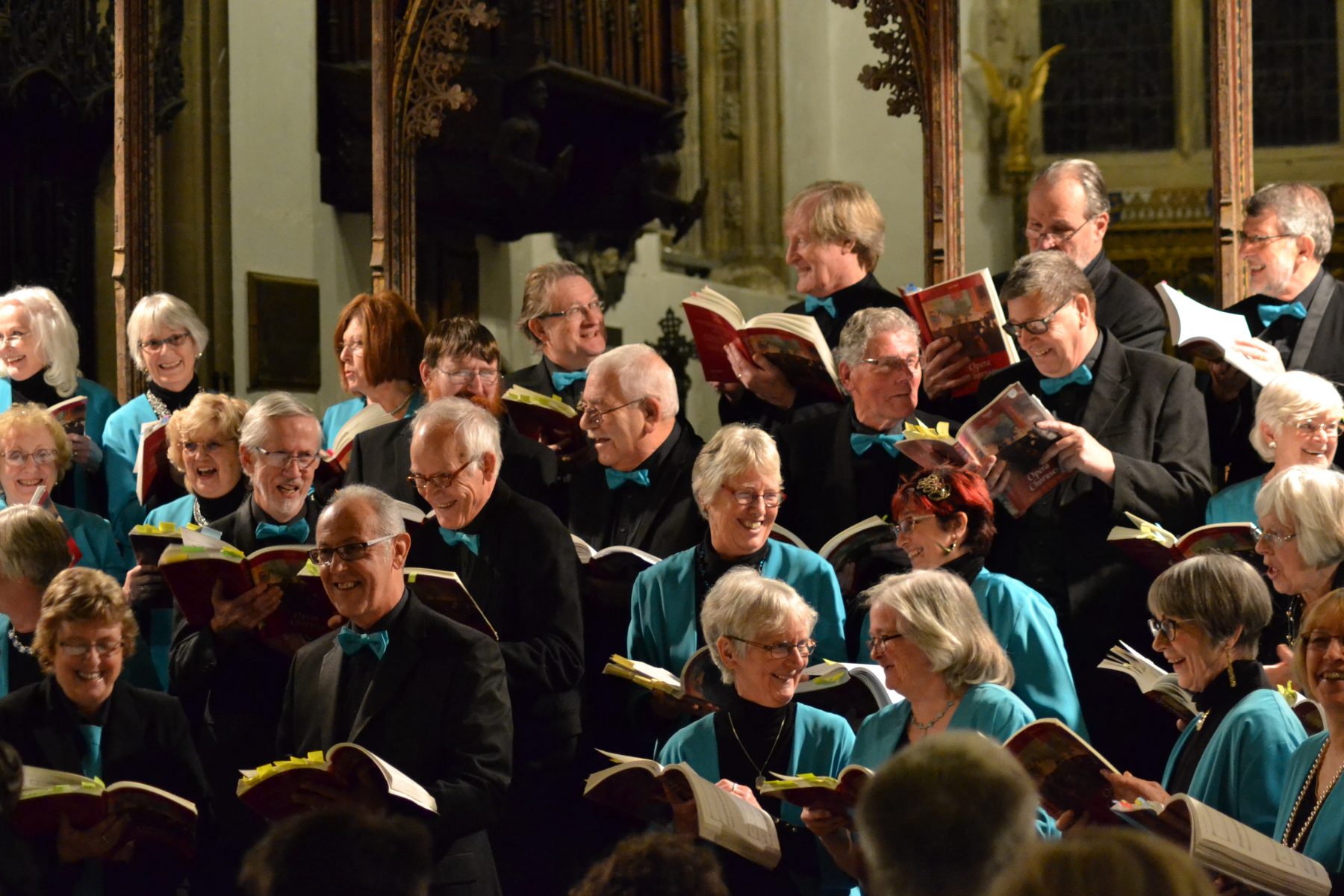 We rehearse at Pakefield Church on Wednesday evenings throughout the year, with a short summer break, and perform up to five concerts a year across the region, both by ourselves and in conjunction with soloists, other choirs and orchestras. 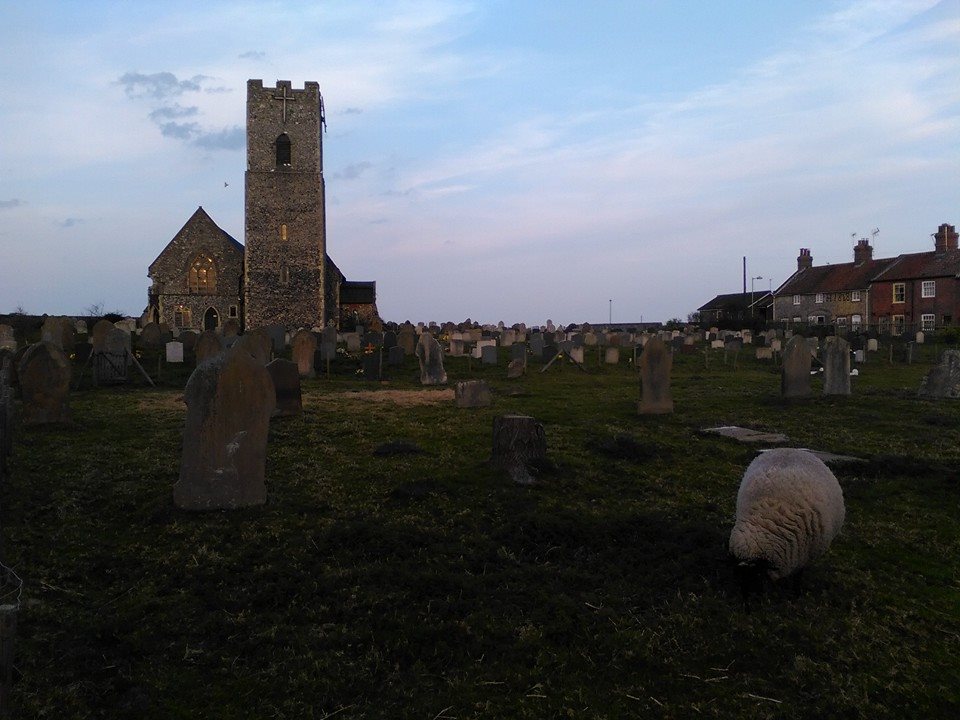 You can hear  extracts from previous performances at: 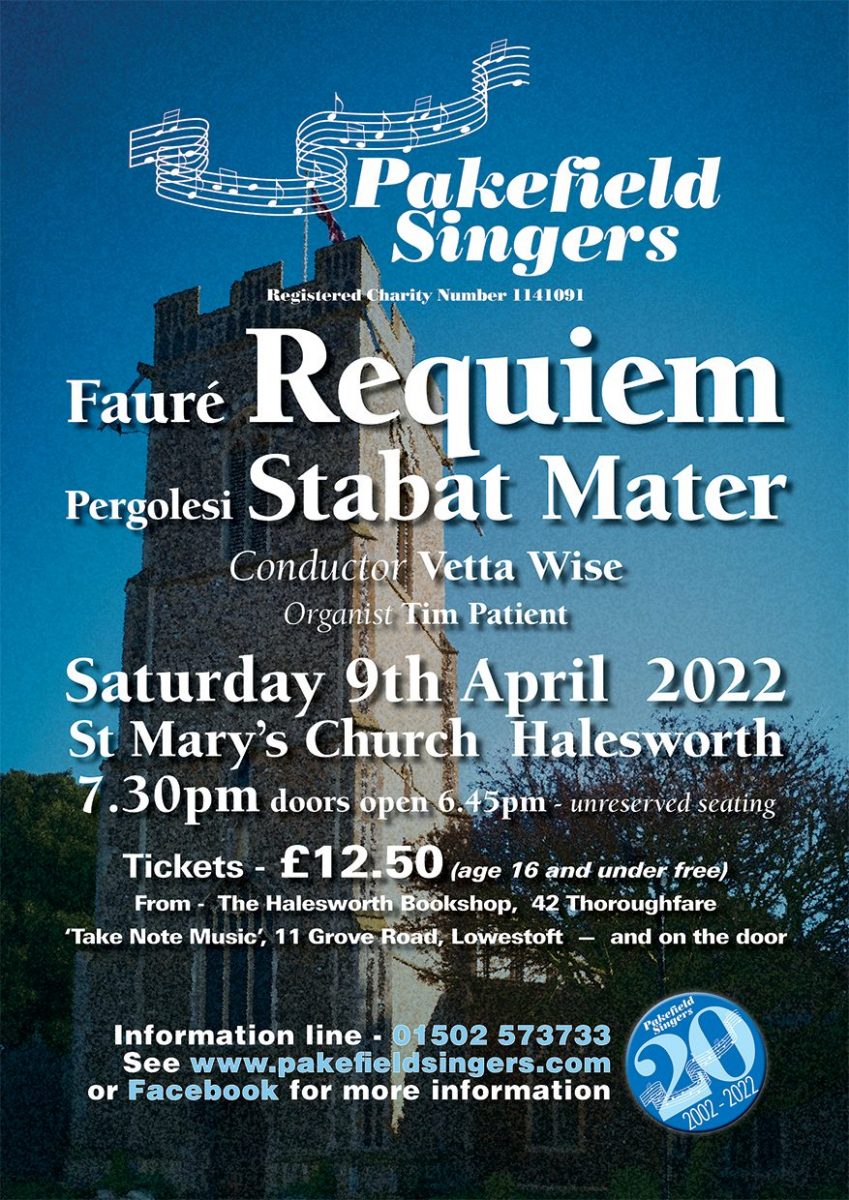 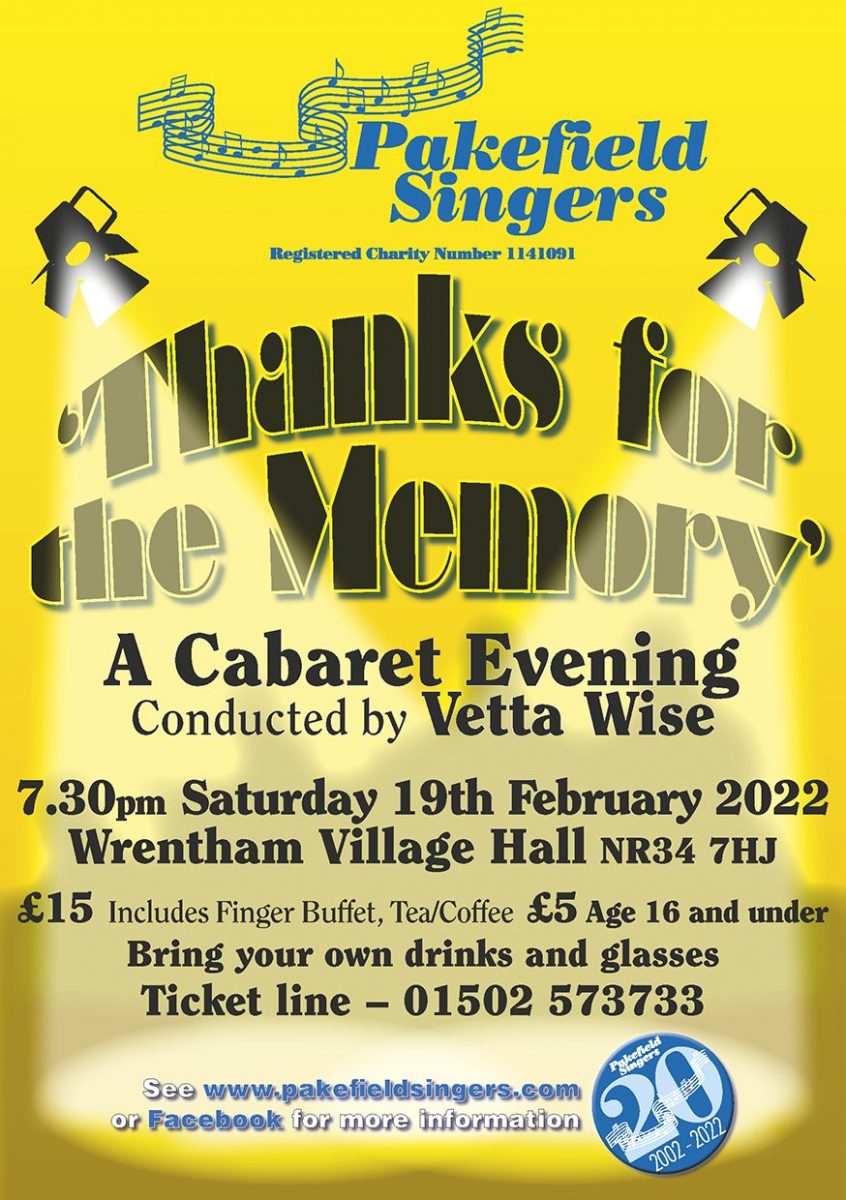 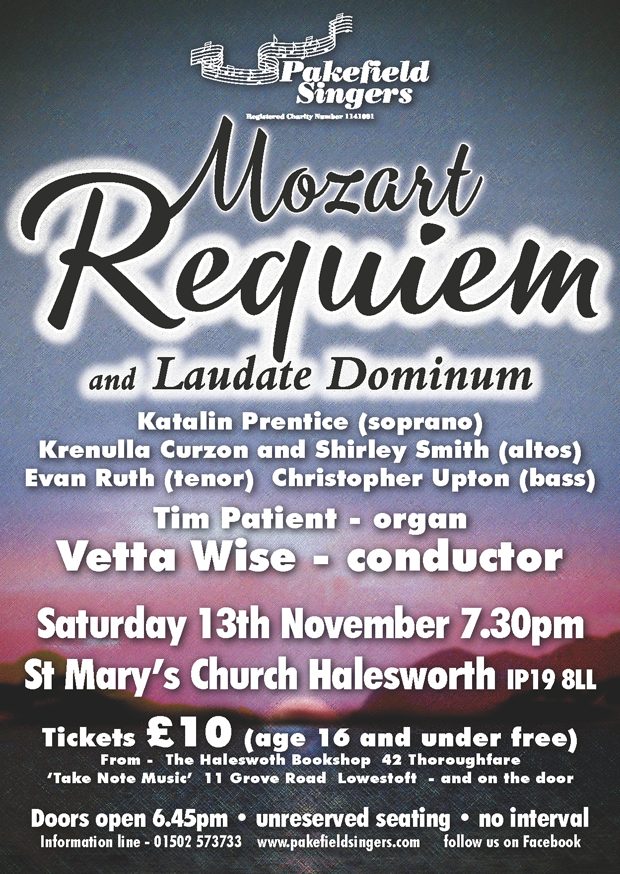 If you would like to join the choir please email Judith pakefieldsingers@gmail.com

You can find out more about our history, performances and our extensive and varied repertoire within the pages of this site.